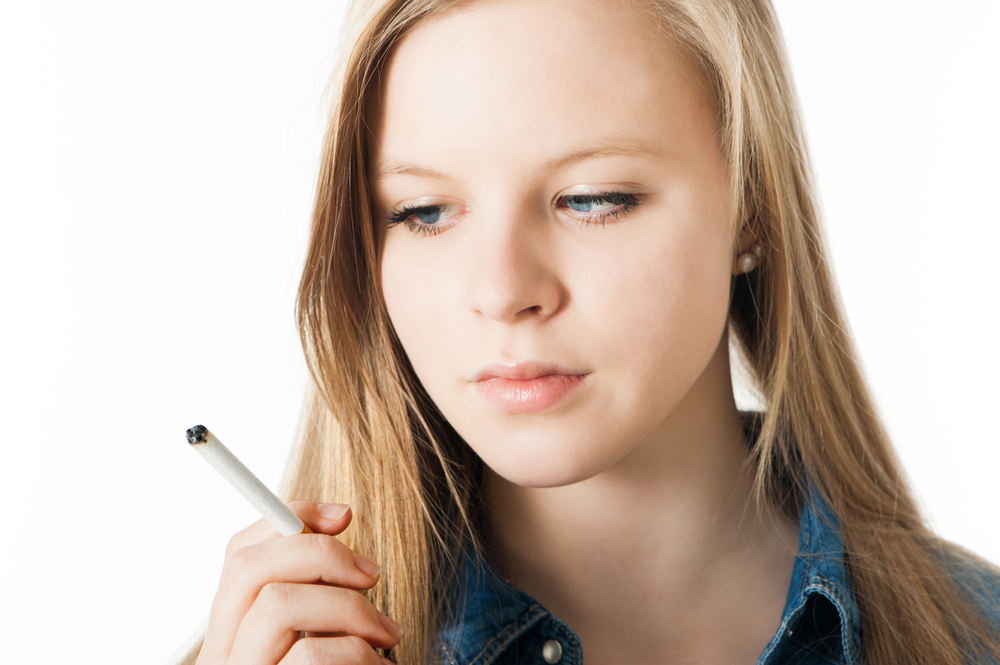 It’s common knowledge that smoking cigarettes is bad for your health, but young people are still choosing to light up more than any other demographic in the United States. Researchers now have evidence that a specific part of the brain varies between smokers and nonsmokers. The researchers say it could be that smoking is causing these changes, even in teenagers who have smoked for a relatively short period of time. Prior research has shown brain differences between adult smokers and nonsmokers, but few studies focused on the youngest demographic of smokers whose brains are still undergoing development. The new findings indicate that a small part of a brain region called the insula is thinner in young people who smoke.

The insula is a part of the cerebral cortex, and it is involved in shaping our consciousness and emotions. The insula also houses a high concentration of nicotine receptors and plays a critical role in generating the craving to smoke. The study’s lead researcher Edythe London said they focused on this particular part of the brain because previous studies in adults and mice showed its size and volume were affected by smoking. To test differences in the insula of young smokers, London and her colleagues used structural MRI to compare the brains of 18 smokers and 24 nonsmokers between the ages of 16 and 21. The average age smokers started the habit was 15, and they averaged six to seven cigarettes a day. The brain scans showed that thickness of the insula, on average, was not substantially different between the groups. However, the thickness of a smaller part of the insular region, the right insula, was negatively related to cigarette dependence. Individuals who had smoked for longer, or had stronger urges to smoke, had a thinner right insula. The team published their findings this week in the journal

“It looks like, even in these very young kids, there is a link between the structure of the insula and the extent to which they smoke and become dependent,” London said in a Neuropsychopharmacology podcast. “It was shocking. We are beginning to get a story of the functional neuroanatomy of smoking.”

Although the study illustrated a difference in brain structure of young smokers and nonsmokers, it did not establish whether smoking caused the variations. It could be that people with differently structured insulas are more likely to take up smoking for an unknown reason. However, the results pave the way for future studies to determine the actual cause and effect. “Ideally one would start the study in 12-year-olds who haven’t begun to smoke; follow them out after they begin to smoke; and see if in fact the smaller insula thickness was a predictor of a predilection to become a smoker,” London explained in the podcast. On the other hand, if London's team finds proof that smoking causes thinning of the right insula, it would provide further evidence of the detrimental health effects of picking up the habit at a young age.