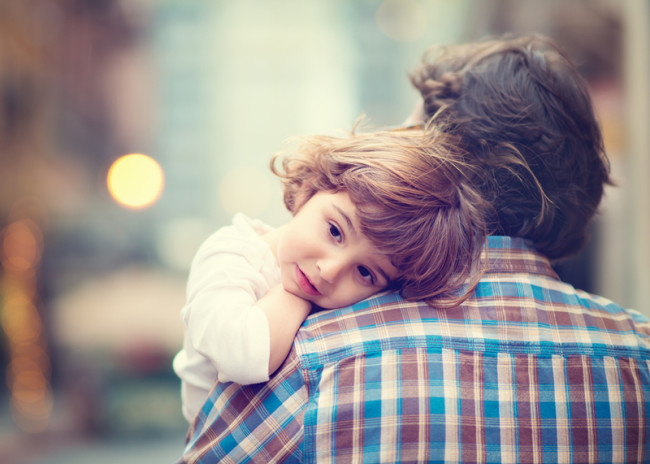 We say it "takes balls" to tackle the tough things in life: to stand up for what’s right, to take big risks, and even, as Elizabeth Cooks croons, to be a woman. But one matter in which a large pair doesn't come in handy, new research suggests, is being a good dad. For fathers, the volume of a man's testicles is inversely related to nurturing activity in his brain, according to an Emory University study

publishedMonday in Proceedings of the National Academy of Science. The heftier the sack, the results show, the less loving and engaged the pops.

The study’s authors sought to explore why some men are less involved in caregiving and upbringing of their children than others, so they recruited 70 Atlanta-area biological fathers of 1- and 2-year-olds. The researchers measured the size of subjects’ testicles, which is directly related to testosterone levels and sperm count. They also monitored participants' neurological response to seeing pictures of their own children. Increased brain activity in the ventral tegmental area, a region often associated with motivation and strong feelings of love, was interpreted as a signal of greater parental care and involvement. The researchers found that men with larger testes showed less neural response to the pictures, while the dads with less testicular volume had higher brain activity, even in response to pictures of children that weren’t their own.

“Our data suggest that the biology of human males reflects a trade-off between investments in mating versus parenting effort,” said James Rilling, the Emory researcher who led the study, in a press release. An increase in mating effort, the researchers found, suggests a decrease in parenting effort, and vice versa. This makes sense since lower testosterone levels could mean less impulsive aggression and thus greater empathy for children. Likewise, decreased libido and sperm count could leave men with more time and attention for their children. So while it certainly takes balls to be a father, bigger is not necessarily better. Image credit: Dina Uretski/Shutterstock