Slot Machine Near Misses Are Perfectly Tuned to Stoke the Addiction 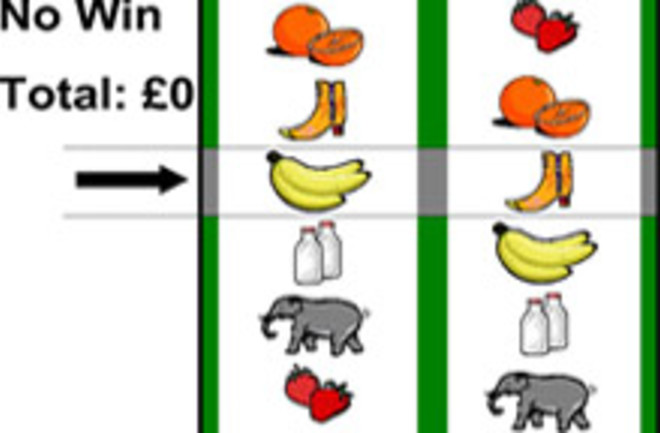 To a gambler's brain, a near miss provides almost the same high as a win, according to a new study that helps explain the allure of slot machines and the difficulty that some gamblers have in walking away.

“The near-miss is quite a paradoxical event,” [researcher Luke] Clark says. Gamblers who almost win put “their head down in their hands — they can’t believe it. And then the next thing they do is place another bet” [Science News].

In the small study, published in Neuron [subscription required], researchers had 15 volunteers play a slot machine while their brain activity was recorded with fMRI scans.

When the researchers compared the scans, they found that near misses drew more blood to reward regions such as the insula and the ventral striatum than full misses did [ScienceNOW Daily News].

These areas are also activated by rewards like chocolate and cocaine; when the near misses partially activated the so-called reward pathway, it released pleasant doses of the brain chemical dopamine. Researchers say it makes sense for the brain to respond to almost hitting a target.

For some tasks, such as learning to kick a soccer ball into a goal or firing an arrow at a target, near-misses are informative. “You’re acquiring the skill, and the brain should pay attention to near-misses,” Clark says. But in gambling, almost winning has no effect on the next pull of the lever or roll of the dice. “Games of chance tell you nothing about future success,” he says [Science News].

Gambling has essentially hijacked the natural reward system, Clark says, and he adds that it's not only gambling addicts who have to worry about being tricked by their own brains.

"Importantly, our volunteers in this study were not regular or problem gamblers, and so these findings suggest that the brain may naturally respond to near misses in this way" [Telegraph].

Slot machine makers capitalize on the near-miss effect. Researchers have found that they program their games to tease players with near misses about 30% of the time--a number previous studies have found optimal for getting gamblers to keep coming back [ScienceNOW Daily News].

The researchers also found that when they gave the test subjects a sense of control over the game's outcome by letting them choose when to stop the first reel of the slot machine, the effect of near misses was heightened. That's another stratagem that Vegas got wise to some time ago. Related Content: DISCOVER: Win Some, Lose More discusses the euphoria and gloom of gambling DISCOVER: The New Math of Gambling Reality Base: Brain Research for Sale? Gaming Industry Looks to Science to Beat Class Action Image: Neuron