A person with paruresis finds it difficult or impossible to use public restrooms for fear of being judged during the act. But it’s no laughing matter. Without treatment, it can damage social and professional lives.. 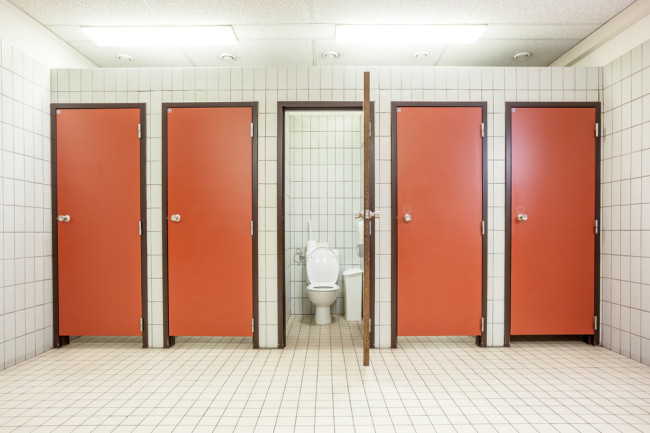 Imagine suffering through school, work, or another social scenario with a bladder that feels like it’s ready to burst. You’d feel better if you simply made a trip to the public restroom, but you can’t. You won’t. Using the facilities is a terrifying prospect, an experience that must be avoided at all costs.

Why? Well, you might have what's called “shy bladder syndrome” — or paruresis in medical lingo. For outsiders, this idea of being shy about peeing in public is an easy thing to snicker at. But it’s far more debilitating and common than many people realize. It’s thought to be the second most common form of social anxiety disorder behind the fear of public speaking. But rather than worrying about saying something embarrassing, someone with paruresis is afraid of being negatively judged during a very human — albeit private — act.

According to the International Paruresis Association (IPA), an estimated 21 million Americans suffer from this condition. Paruresis affects both men and women, but it is generally more evident among men due to the absence of personal space and physical privacy in their restrooms. The inability to urinate despite having a fervent need to do so affects people mostly in public situations, although some people aren’t able to urinate even at home because they may feel scrutinized by someone nearby.

Researchers say that the causes of paruresis are complex. “An individual with paruresis may have experienced traumatic or stressful events in public restrooms during childhood or adolescence, such as being bullied. After this traumatic experience, the individual may become stressed and nervous about using public restrooms which leads to further anxiety and difficulties surrounding urination,” says Kenley Kuoch, who researches bladder and bowel-related anxiety conditions at Swinburne University of Technology in Melbourne, Australia.

When you need to urinate, your brain signals the urethral sphincters to relax. At the same time, it alerts the muscular bladder wall to tighten, which helps push urine out of the bladder and pass through the urethra. But people with paruresis report a locking-up or freezing sensation of their bladder, potentially associated with tightening of the urinary sphincter. In the backdrop of this happening, the stress response kicks in. “Individuals with paruresis may also experience physical, anxiety-related symptoms such as increased heart rate and blood pressure, sweating, nausea, dizziness, blushing, trembling and muscle tension when in anxiety-provoking situations,” Kuoch says.

Over time, the anxiety, embarrassment, guilt and helplessness someone experiences as a result can eat away at their self-esteem. “Most people suffering from paruresis think they are judged as [other people] pay attention to them in the public restrooms, which is just completely not true,” says Tim Pyle, executive director of the IPA.

Depending on the severity of the condition, paruresis can limit someone's quality of life. Previous research has found that sufferers commonly avoid consuming liquids, traveling, sports events, parties and dating. Pyle says that people with a severe form of the condition may miss job opportunities if they are unable to take pre-employment urinary drug tests.

Paruresis is also often at odds with the policies of the criminal justice system, where urinary screening under the watch of a witness is routine. “I get letters from prisoners who have had to go to solitary confinement as a form of punishment because their inability to urinate for drug testing were categorized as a refusal to follow an order," he explains. "Some guys had their paroles denied because they were unable to [take] drug tests." One of the IPA's missions, he says, is changing drug testing policies to include alternative forms of testing, such as saliva and hair tests.

Despite the little research done on paruresis, it can be treated. “Cognitive behavioral therapy helps treat paruresis given its effectiveness in treating other anxiety conditions," Kuoch says. Anti-anxiety medications, such as SSRIs, might also help some patients.

There are also some approaches that people can try before they seek professional help. The distraction technique, for instance, involves mentally focusing on something else to prevent your bladder from locking up. Exposure therapy — gradually getting used to urinating in public restrooms — also works for some people. Others have found that physical tricks like holding one’s breath are effective, which increases the carbon dioxide in the blood and relaxes the sphincter.

But unfortunately, most people with paruresis tend to hide their condition or even ignore its existence — when a diagnosis can lead to quality of life improvements and assist them in navigating situations like pre-employment drug testing. Plus, building awareness about paruresis could maybe generate additional interest in researching the syndrome, Kuoch says.

In addition, restrooms themselves could be more accommodating. Public urinals and cubicle-style stalls are commonly the most problematic for suffers. “If there were gender-neutral single-user toilet stalls, they would alleviate a huge problem also for people who struggle with paruresis,” says Pyle.

Researchers from the University of North Carolina showed that gender-neutral restrooms can also reduce discomfort for people with paruresis, in addition to providing an inclusive environment for trans and gender-nonconforming individuals.

Beyond that, people who suffer from paruresis should consult a general practitioner as a first step toward understanding the severity and how to cope. However, there are still many unanswered questions around paruresis — especially around the physiological underpinnings of the condition. “Hopefully more research into paruresis will be facilitated as awareness of this understudied condition increases,” says Kuoch. 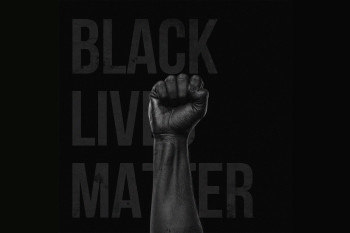 The SciencesScience Also Reckoned With Race This Year: How'd They Do?
Recommendations From Our Store