Should Research Funding Be Distributed Equally Among Scientists?

Instead of making scientists compete for grants based on project proposals, research funding could simply be divided equally among all 'qualified' researchers, according to a new paper. 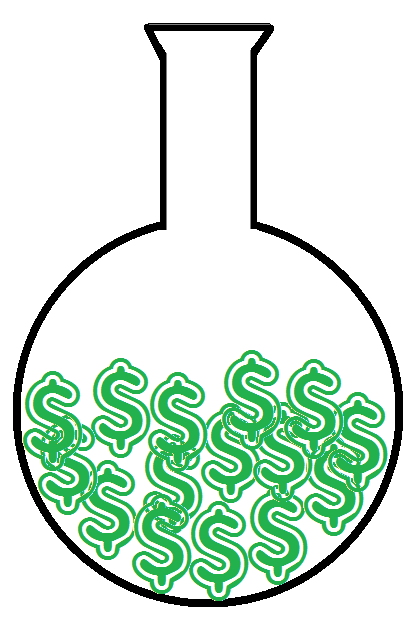 Authors Krist Vaesen and Joel Katzav argue that such an 'egalitarian' distribution of funds would still leave each grant holder with enough money to support their work and pay for students and junior researchers. But I'm not sure I agree with their logic. Vaesen and Katzav start by outlining the problems with the current system of competitive grant peer review:

[There is a] common complaint that grant peer review bears excessive costs [1–2], appears to be unreliable [1,3] and is subject to all sorts of biases, including, among others, biases relating to gender, affiliation, age and ethnicity [1,4–6].

These complaints have led some to suggest abolishing grant proposals and giving money to researchers for them to spend as they wish, but Vaesen and Katzav say that a common criticism of this proposal is that it would lead to the dilution of resources, such that no researcher would have enough money. This 'dilution' fear is misplaced, according to the authors, who calculated the amount that would be available per researcher, assuming that the current total funding was divided among the curret numbers of academic scientists, for the Netherlands, USA and UK:

According to our results, researchers could, on average, maintain current PhD student and Postdoc employment levels, and still have at their disposal a moderate (the U.K.) to considerable (the Netherlands, U.S.) budget for travel and equipment. This suggests that the worry that egalitarian sharing leads to unacceptable dilution of resources is unjustified. Indeed, our results strongly suggest that there is room for far more egalitarian distribution of funds than happens in the highly competitive funding schemes so prevalent today.

Good news? Maybe, but I can see some issues here. First off, Vaesen and Katzav's argument seems a little circular. It seems obvious that if we assume that the amount of funding and the number of recipients both remain the same, the mean amount of funding per person won't change. So if funded scientists currently have enough money, they'd continue to have enough money if we redistributed the money between them. Indeed, the median funding would inevitably increase. A deeper problem is this: an egalitarian distribution wouldn't eliminate competition. Currently, the number of research-active scientists is limited by the competitive grant process. Under the egalitarian proposal, the number of scientists would still be limited by the competitive process of getting a 'personal fund'. This process would itself be a "highly competitive funding scheme." If anything, an egalitarian system might be even more cut-throat-competitive than the current regime, because it would be all-or-nothing: everyone would be competing for the same prize, and there would be no consolation prizes (small grants). You'd either win the right to be a scientist, or you'd be out of science (or at best, a subordinate.) Vaesen and Katzav suggest that personal funds could be allocated in an automatic way, based on 'track record', without the need for peer review:

[Funding] could be based not on evaluations of proposals, but on (largely automated) evaluations of an applicant’s research track record (as suggested by [11–12]). Although past achievement is not known to be a reliable proxy of future success, assessing scientists on what they do anyway looks like the solution that would cause the least damage.

This might indeed be cheaper, and it would be fairer in the sense that it would eliminate peer reviewers' subjective judgments, but it would also create a strong risk that whatever metrics were used to assess a track record (citation counts, say) would be 'gamed.' Then again, these metrics are already gamed, and grant proposals are often little more than nice-sounding works of fiction, so perhaps the situation wouldn't be any worse than the current one. Overall, I do think that 'funding people, not projects' would in many ways be a good idea, but not because it would eliminate competition or increase fairness. I think it would be good because it would democratize research, making each (funded) researcher master of their own destiny and free to innovate, and favoring grass-roots collaborations over top-down "mega-grants."