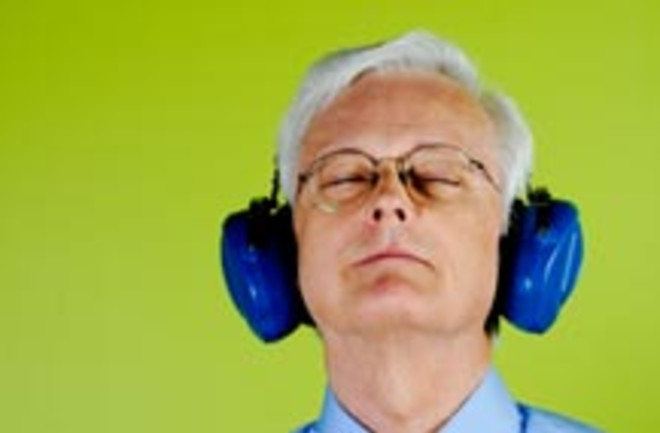 While that headline may overstate the case slightly for comic effect, researchers say the gist of it is true: Stroke patients with impaired vision who listened to their favorite music showed vastly improved visual processing. Says lead researcher David Soto:

"One of the patients chose Kenny Rogers, another Frank Sinatra and the third a country rock band. It's not a particular kind of music that's important, as long as the patient enjoys it" [Daily Mail].

Participants in Soto's study had suffered lesions to their brains' parietal cortex, a region central to visual and spatial processing. This left them with a condition called visual neglect, in which people lose half their spatial awareness. Victims will sometimes eat food from only one side of their plate, shave one side of their faces, or — as tested in the study — fail to perceive visual prompts on one side of a computer screen [Wired].

In the study, published in the Proceedings of the National Academy of Sciences,

patients were asked to press a button when they could see a red light appear. One pointed out the light in 65 per cent of cases while listening to music he liked, but only recognised it 15 per cent of the time under the other conditions [Daily Mail].

The patients performed poorly both when they took the test in silence and while listening to music that they didn't like. However, other stroke experts note that the study didn't examine whether the music had a lasting effect on the patients' vision. The mechanism by which the patients benefited isn't entirely clear, but Soto says he believes the

music stimulated neurological pleasure centers adjacent to damaged brain regions, apparently producing a therapeutic crossover effect. "There seems to be a strong coupling in the brain between emotional and attentional areas.... When emotional areas light up and are activated, the attentional system seems to be more effective as well" [Wired]

, he says. In a potentially related study, also published in this week's Proceedings of the National Academy of Sciences, researchers found that mice living with a companion survived longer after a stroke than mice living alone--perhaps because they derived pleasure from the company. The researchers

induced strokes in 20 male mice. Half of them were bachelors, and only 40% survived for an entire week. The other half lived with female partners, and all of them lived that long [Los Angeles Times blog].