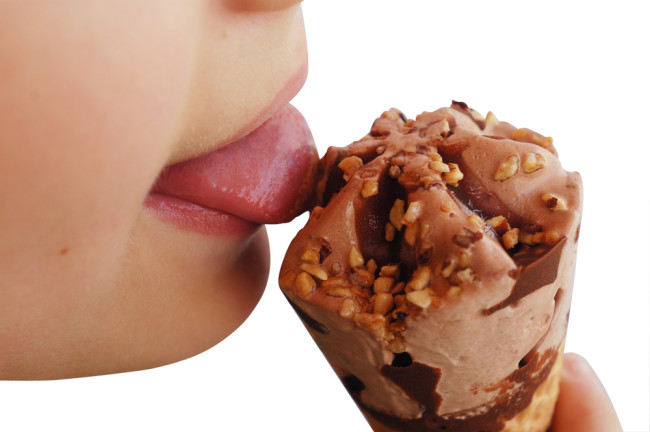 Humans are thought to be able to taste five qualities but technological advances combined with sophisticated research means we can now test for more subtle tastes we haven’t known about. In a paper we published this week, we show there’s now enough evidence to consider fat a taste quality. Taste acts as the gatekeeper of ingestion – if a potential food is deemed suitable for consumption it may be swallowed, if not rejected. To guide this decision, we have five taste qualities: sweet, sour, salty, bitter and umami. Sweet, salty and umami are all appetitive and signal the food contains essential nutrient, while excessive sour and bitter signal aversion and potential harm.

Over the past few years, considerable attention has been given to fat as an additional taste. But a series of criteria had to be satisfied before fat could be considered as one. First, scientists had to show there was a class of stimuli – in this instance, fats or its breakdown products (fatty acids) – that activate receptors on taste cells specific to that stimuli. That is, we had to find taste cells that were there to only recognize fat. Then, we must find evidence for a signal that’s sent from the taste cell to taste-processing regions of the brain. And when the signal is decoded as a perception, it must be independent of all the other tastes. In other words, it can’t just be a combination of sweet and salt or other possible taste combinations.

The first evidence of a fat taste was published by researchers in 1997, who found rats had a taste response to fatty acids. In 2001, another scientist published two papers showing similar receptors may occur in humans. People participating in his research were given butter and non-fat butter substitute and asked to put these stimuli in their mouths and then spit them out. Only butter caused an increase in the amount of fat in their blood, suggesting fatty acids were activating a taste receptor system, and preparing the body to digest fat. Various researchers have since identified fatty acid receptors on taste cells as well as identifying the most likely cellular candidates. Even further evidence for a fat taste was the discovery of fat-sensitive neurons in the taste-processing region of the brain. The amount of fatty acid needed to activate fat taste is very low, and in the range found in common fatty foods so people should be able to taste fat in everyday food they eat. That ability to be able to taste fat is helped along by enzymes in saliva that can break it down to fatty acids. Now, using our taste methodology, we have established fat taste’s perceptual independence from the other tastes. 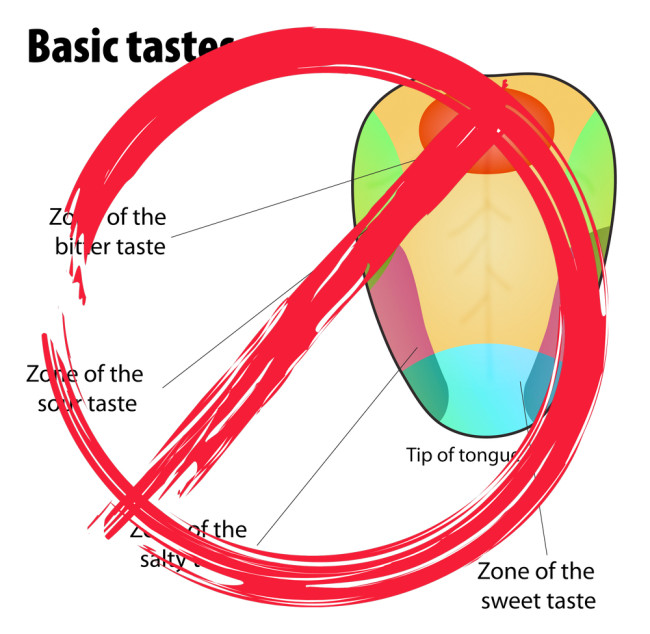 The model of five basic flavor sensations may need to be updated. Credit: Luna2631 / Shutterstock

My colleagues and I started working on fat taste in 2007, and our first paper in 2010 showed a link between fat taste and BMI (body mass index). We found people who were insensitive to fat had a higher BMI. Since then, we have published papers on method development, reliability of fat taste measures (so we can be confident our taste measures are consistent), links between fat taste with overweight and obesity, links with gastrointestinal tract sensing of fat, and satiety as a potential mechanism linking fat taste with over-consumption of fatty foods. A characteristic of fat taste that’s different from the other five tastes is a conscious quality. When we place sucrose on our tongue, for instance, we experience sweetness. But people are not as conscious of tasting fat.

So, when testing for fat taste, we present research participants with three solutions, one of which contains a fatty acid. Their task is to identify which solution contains the fatty acid. If the research participant is incorrect, the concentration of fatty acid is increased and the test rerun. This continues until the correct solution is identified a number of times. But even when people can correctly identify the fatty acid solution they cannot provide an adjective that describes any flavor; they know it is different but can’t say why. Of course, questions remain. Does lack of perceivable taste quality exclude fat from being classified as a taste, for instance? Or is there a piece of information that would exclude fat from being a taste? Our growing understanding of the taste system and its role as the first part of the digestive system, coupled with emerging evidence for other non-traditional tastes, means it may be time to broaden the scope of how we define taste.