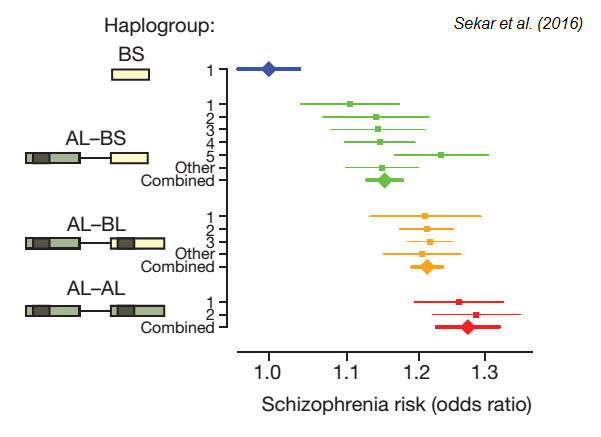 Genetic study provides first-ever insight into biological origin of schizophreniaLandmark analysis reveals excessive "pruning" of connections between neurons in brain predisposes to schizophrenia A landmark study, based on genetic analysis of nearly 65,000 people, has revealed that a person’s risk of schizophrenia is increased if they inherit specific variants in a gene related to "synaptic pruning" - the elimination of connections between neurons. The findings represent the first time that the origin of this devastating psychiatric disease has been causally linked to specific gene variants and a biological process...

And so it goes on. When I first heard about this on Twitter, I couldn't believe it. Surely Broad hadn't actually claimed the "first-ever insight" into the biological origin of schizophrenia? Yet, absurdly, they did. They seem to be saying that no-one has ever found out anything biological or genetic about schizophrenia until now. Further down the press release, Broad Institute head Eric Lander chips in, saying that "For the first time, the origin of schizophrenia is no longer a complete black box". For Lander, it seems, everyone was completely in the dark until Broad stepped, Prometheus-like, onto the scene! 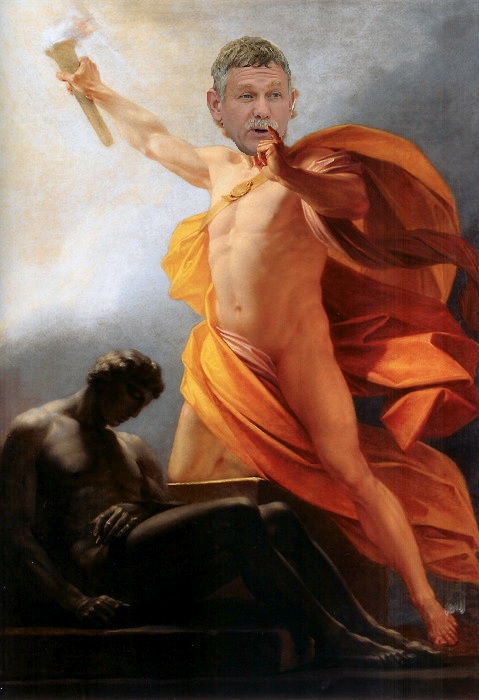 Then again, Lander is known for his Broadocentric view of science. He caused outrage recently in the field of molecular biology with a review paper called The Heroes of CRISPR. Critics say that Lander's paper, a history of the discovery of gene-editing technique CRISPR/Cas9, is an attempt to assign most of the credit to researchers at the Broad Institute. (A patent dispute over who invented the technique first is ongoing.) Is this press release an attempt to frame a similar "Heroes of Schizophrenia" narrative? Perhaps so. Certainly, the language in the release goes well beyond the accepted limits of hype. Hype would be to say 'this research is very important'. Every press release does this to some extent. But Broad are saying 'no-one else has ever done research like this', which is beyond hype: it's hubris. In my view, Sekar et al.'s paper is a very interesting and impressive contribution to science, but it's not unique. It's one more contribution among others. Sekar et al. show that genetic variants in the gene encoding complement factor C4, a protein involved in immune responses, are associated with the risk of schizophrenia (somewhat). They further show that these risk variants increase expression of a form of C4 called C4A, and that C4A is expressed in the brain where, at least in mice, it helps control synapse "pruning" by marking synapses for destruction by cells called microglia. Therefore, Sekar et al. trace a pathway from genetics, via protein expression, to synapse dysfunction... and thence, presumably, to the symptoms of schizophrenia. This is cool stuff, but there have been plenty of cool studies before in this field (not all of which have turned out to be correct.) C4A is not the first schizophrenia risk gene to have been discovered, nor is it the first whose neurobiological function has been established using a gene-protein-brain approach (e.g. one of many previous examples.) It's not even the first schizophrenia risk gene whose role in synaptic pruning has been elucidated! As for the "excessive synaptic pruning" model, it's very far from new: it was proposed in 1983 and has since been discussed in 3580 papers. So it's simply untrue to imply that Sekar et al. are the first to shine light into a biological "black box". Sekar et al.'s results are important, but not Promethean. As for Broad, I hope they remember that while giants may have broad shoulders, even Broad scientists stand on the shoulders of giants.