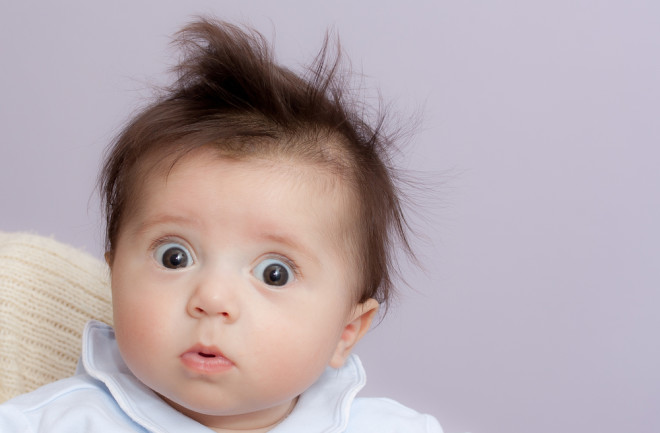 (Credit: Shutterstock) "Snakes, why'd it have to be snakes?" so sayeth Indiana Jones, and so, apparently, say babies too. In a study published Wednesday in Frontiers in Psychology, European neuroscientists determined that our instinctive fears of snakes and spiders are so primal, even babies become alarmed at the sight of them. How'd they figure it out? Well, they scared some babies. For science!

Primal Fear Though not everyone is frightened of the two creepy crawlies, studies have shown more than a third of the child population and adult population have a strong dislike of them, and they’re the most reported specific phobias. Even though venomous spiders and snakes aren’t a huge problem for most of us now, they’re still “ancestral threats” our primate ancestors had to deal with for millions of years. It’s possible we’ve evolved too quickly to recognize — and appropriately freak out over — such threats. Scientists had already shown these fears are intrinsic to most people, but they were usually in adults or adolescents, so it was possible they’d learned such fears from their environments. To really prove whether or not human brains were automatically wired to dislike snakes and spiders, the experiments had to test people with almost no environmental influence: babies. Jeepers Creepers For this study, the neuroscientists showed 16 six-month-olds pictures of snakes and fish, and spiders and flowers. The idea was to match the scary animals with visually similar non-threats, to make sure it was really the snake-ness or spider-ness the babies would react to. And react they did, as eye-tracking software made clear: their pupils were noticeably bigger when looking at the spiders and snakes, which corresponds to a much greater stress reaction. But it was a success, since the results do suggest we have an innate evolved mechanism in our brains that is specifically attuned to notice, and not much care for, snakes and spiders. And the babies themselves were fine, with their parents right there — though the paper does include this ominous line: “The local ethics committee declared this study exempt.” So as you’re deciding on the spookiest decorations for Halloween, keep in mind just how deep some fears go. And, if you have an infant you don’t mind scaring a bit, the right décor could be the perfect chance for some DIY neuroscience!