Last week we learned about the strange goings-on at two journals edited by the autism researcher, Johnny Matson. Matson and his team 'stepped down' after accusations of improper peer review processes. This reminded me of another case of unusual behavior at an academic journal:

, published by Medknow/Wolters Kluwer. I've been meaning to blog about this for a while, and now seems like a good time. The story of SNI is rather more complex than the Matson case. The first unusual thing about SNI is the history of the journal. SNI first appeared in April 2010, but it wasn't a new creation. SNI arose out of the wreckage of

, published by Elsevier from 1981 to 2009. Its last editor was James I. Ausman, who's now the editor of SNI. In 2009, Elsevier removed the entire editorial board of Surgical Neurology, replacing them with a completely new leadership team and renaming the journal to

. WN is the official successor of Surgical Neurology, but almost the entire ex-editorial board of SN are now found working for SNI. This academic "coup" leading to the "schism" of a scientific journal is pretty remarkable. What makes it even stranger is that no-one seems to know why it happened. The new leadership of WN have never explained what occurred. In an article in WN, Peter Black, one of the architects of the new journal, says only that in 2008, the publisher "wished to implement editorial and administrative changes to an existing neurosurgical title". Black doesn't even name SN, although this is clearly a reference to them! Was what happened so traumatic that SN has become "the journal that must not be named"? More evidence that the events of 2009 did not go smoothly comes from the new editor, Michael Apuzzo, who recently referred to the new journal being plagued by "a small group of internal negative factions", "nefarious forces" who need to be "rooted out, and removed from influence in the future." In other editorials Apuzzo has decried "political interference" by enemies of WN inside the World Federation of Neurosurgical Societies (WFNS). He names no names, but a number of SN editors were active in the WFNS. This is as close to Shakespearean intrigue as academic publishing gets. 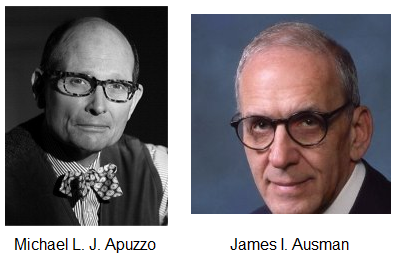 On the other side of the fence, no-one involved in SNI seems to have ever written about the coup or why it happened, either. So what did happen? Well, this is speculation, but I suspect that the end of SN may have been related in some way to the increasingly political nature of the publication under Ausman. Put simply, Ausman was using SN to publish conservative opinion pieces that had little, if anything, to do with brain surgery. Take for example the articles published in SN by Cuban exile neurosurgeon and political columnist Miguel A. Faria. In the last years of SN, Faria's articles included "Socialized (free) medical care in Cuba part I: a poor state of health!" and "Is there a natural right to medical care?" (no). Ausman's own editorials were often political too, such as in "Snapshot of the World 9/2007" which covers Islam, terrorism, and the evils of socialism (i.e. free healthcare), and one from 2009 in which Ausman reflected on the election of Obama:

[Obama]'s beliefs were socialistic, as was his background... In my 50 years as a voter in the United States, I have never seen such disregard of the public by its elected officials... The Democrat Party wants a system in which the decisions are made by an elite few on the basis that the issues are too complicated for the people to understand.

That said, the great majority of papers in SN were not like this. Most of them were normal research papers. By accounts, SN was a successful journal, one of the big names in the field. After SN became SNI, the politicization of the journal has progressed further (although most papers are still normal science). Faria's editorials, for instance, have become straightforwardly ideological. Many of them no longer have even the slightest connection to medicine. After the Sandy Hook shootings, for instance, Faria defended gun rights in the pages of SNI. Other Faria articles in the journal include "America, guns, and freedom" and an article on the Russian elections of 2012. If SNI is politicized, many of the editors of the journal are even less restrained outside its pages. Faria, for instance, runs Hacienda Publishing, devoted to conservative opinion on history, medicine and politics. Hacienda counts several SNI editors among its contributors, including Ausman. Much of Hacienda's material can only be described as fringe, such as this article arguing that "80 percent of the activities of the [US Federal Government] violate the Constitution." Much of Hacienda's material consists of republished articles from Medical Sentinel, the official journal of the conservative medical lobby group, the Association of American Physicians and Surgeons (AAPS). Faria edited Medical Sentinel until 2003, when it was renamed JPandS. JPandS claims to be "peer reviewed", but it is not indexed in PubMed. JPandS has published papers defending fringe theories such as that HIV does not cause AIDS, that global warming is a myth, and that vaccines cause autism. Another SNI associate editor-in-chief (and regular Hacienda contributor) is Russell Blaylock, who makes Faria look moderate. Blaylock believes that vaccines are a collectivist conspiracy that cause brain damage. There's a distinct religious angle to Blaylock's work. In SNI, Blaylock published an essay which concluded that:

The collectivists not only seek to destroy Judeo-Christian beliefs but also are aggressively altering the church from inside so that it too becomes a voice of egalitarian collectivism, that is, the new world order [...] in being blinded to the real truth, we are building the gallows of our own civilization.

Is this kind of material really appropriate for a journal of neurosurgery? Incidentally, Surgical Neurology wasn't always politicized. Ausman's predecessor as editor of SN was Eben Alexander Jr. His son, Eben Alexander III, is the neurosurgeon who notoriously claims to have seen Heaven during a near-death experience. He's the man behind that notorious Newsweek cover: 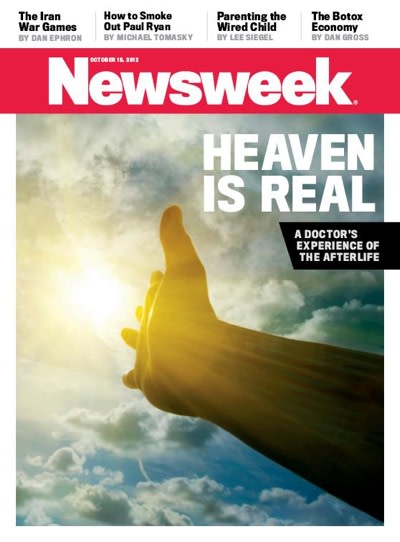 But under Alexander Jr., Surgical Neurology was quite apolitical. Likewise, SN was strictly about science during the reign of founding editor Paul Bucy, a great researcher famous throughout neuroscience for helping to discover Klüver–Bucy syndrome.