This week (via Retraction Watch) we learned about the case of Joseph Maroon. Earlier this year Maroon and colleagues published a paper arguing that the much-discussed issue of chronic traumatic encephalopathy (CTE) may not be a widespread problem in contact sports such as American football. 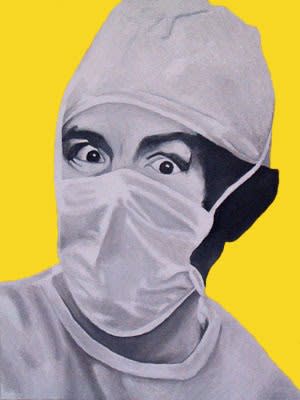 However, it turns out that Maroon did not fully declare his conflicts of interest, which include links to the NFL and also World Wrestling Entertainment (WWE). Maroon, who amongst other things is lead neurosurgeon for the Pittsburgh Steelers football team, issued a Correction acknowledging his interests in this area. The question of which athletes are at risk of CTE has potential legal and financial implications for sports organisations such as NFL and WWE. Now this story got my attention because Maroon is also linked to Surgical Neurology International (SNI), an academic journal that I blogged about earlier this year: Right-Wing Brain Surgeons. In that post I discussed how some of SNI's editorials are overtly politicalin nature, with nothing to do with brain surgery. I also discussed the complicated history of the journal. Maroon is an associate editor-in-chief of SNI and has published a number of papers there. Most notably, he has co-authored papers, including one on CTE, with Russell Blaylock, another SNI editor. Blaylock is a controversial figure some of whose beliefs can only be described as fringe. For example, in the pages of SNI, Blaylock has written that:

The foundation upon which Western civilization was built was religion... collectivists not only seek to destroy Judeo-Christian beliefs but also are aggressively altering the church from inside so that it too becomes a voice of egalitarian collectivism, that is, the new world order.

This would be good material for a conspiracist blog, although I'm less clear on how it was deemed suitable for an academic journal. In other places, Blaylock has argued that vaccines cause brain damage, and that chemtrails are real (and cause brain damage.) The papers Maroon helped write seem relatively sensible, although the CTE article does mention "vaccinations" as one potential contributing factor to brain "immunoexcitotoxicity". Hmm.

Incidentally, SNI was once linked to another figure who's in the headlines lately: Ben Carson, a neurosurgeon and author who's currently running to become the next Republican President. His campaign has been endorsed by Kid Rock. Surgical Neurology (the predecessor to SNI) in 1996 published "The physician's role in curing social ills" by Benjamin Carson MD. This article was originally a speech that Carson gave in 1993. It's an autobiographical piece, describing how Carson grew up in "dire poverty" yet worked his way up to become, at 33, the youngest ever Head of the Department of Pediatric Neurosurgery at Johns Hopkins. The piece is not overtly political, although Carson does comment on the limitations of the US educational system, and closes by decrying "silly people running around saying you cannot mention God in public and that it is a violation of separation of church and state." Carson does not seem to have associated with SNI since then.