Trauma and stress lead to mental health struggles among veterinarians and the profession is becoming increasingly aware of the issue. 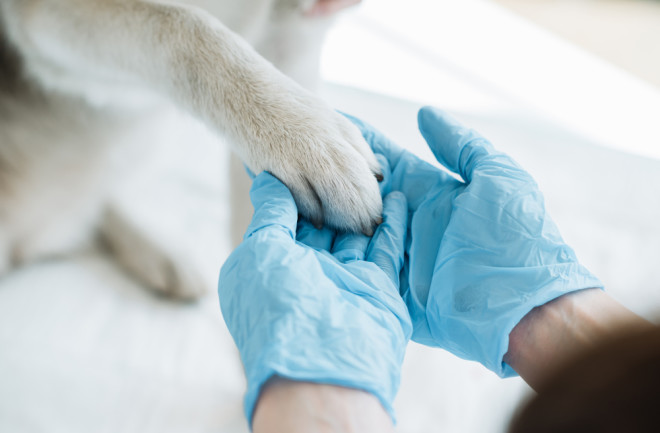 In the PBS reboot of the beloved series, All Creatures Great and Small, a veterinarian cares for a pampered dog who needs to lose weight, serves as a judge in a livestock competition, and almost castrates the wrong cat after locals buy him one too many drinks at the pub. One TV critic called the storylines “soothing.”

Real life veterinary care rarely has soothing storylines. Studies are finding that veterinarians cope with significant professional and personal stress and have a higher suicide rate than the general population. In a 2021 survey, 12.5 percent of surveyed veterinarians described themselves as “suffering,” and only half of these respondents were getting mental health care.

Public health researchers are trying to better understand how trauma within the profession can lead to suicidal depression, hoping for prevention programs to then target the problem. One concern is that if veterinarians don’t receive help, then the profession might go into crisis. The U.S. is already experiencing a veterinarian shortage, and an increase in psychological distress might make it worse.

While All Creatures Great and Small aired in the 1970s and 1980s, public health researchers were finding that real veterinarians had long suffered from suicidal depression.

A 1982 study in the International Journal of Epidemiology looked at obituaries published in a trade journal from 1947-1977. The obituaries were for white males, and almost all practiced livestock veterinary medicine. The study concluded the veterinarians in the sample had a greater suicide rate than the general population.

Veterinary medicine has diversified and evolved since the 1982 study. About 75 percent of veterinarians work with companion animals, and 64 percent of vets are now women. Although both the job and workforce has changed, researchers repeated the study with veterinarians’ death records and found similar results.

About 80 percent of the suicides were men, and the majority of the vets who committed suicide were younger than age 65. The study found that female veterinarians in clinical roles were 3.4 times more likely to die of suicide than the general population. Women in non-clinical roles were five times more likely to commit suicide compared to the general population.

The study also found that 39 percent of veterinarian suicides were due to intentional poisoning, which was 2.5 times greater than the general population.

Public health researchers have long understood that suicide is a unique problem for veterinarians. But why?

The 2019 study identified several reasons why this demographic is more prone to suicide. The authors note that veterinary school is extremely difficult to get into. At schools such as the University of Wisconsin-Madison, more than 1,000 applicants apply for less than 100 spots. The authors suggest that students who can make the cut might have because of perfectionist tendencies, which can later lead to anxiety or depression.

Veterinarians also incur significant debt from their schooling. The median debt at graduation ranges from $110,000 up to $347,000. For some vets, the salary might not be enough to manage debt repayment. Half of vets made less than $100,000, according to the Bureau of Labor Statistics.

The business side of the profession can also lead to stress. The study cited veterinarians struggled with work-life balance, having long work hours, including weekends and evenings.

These reasons don’t even include how vets deal with sick and injured pets, as well as their humans.

Animal care providers have to deal with what one scholar called the “caring-killing paradox.” A veterinarian, for example, might provide wellness visits for a kitten. They weigh the little kitten, give vaccinations and provide advice. Months later, if the kitten contracts feline leukemia virus, the focus of the care changes. After end-of-life discussions with the pet parent, the vet must euthanize the patient they once cared for.

Veterinarians also witness a range of emotions from pet parents. The loss of an animal companion can bring profound grief. And veterinarians see the tearful last minutes between a person and their pet, followed by the outpouring of sadness after the animal has passed.

They also see pets who have been abused and mistreated. Veterinarians are learning how to recognize signs of animal abuse. All 50 states now have laws that make animal cruelty a felony, and veterinary forensic pathology is taught at conferences. Law enforcement supports veterinarians reporting abuse, as studies have linked households with animal abuse to other forms of domestic violence.

The profession is becoming increasingly aware of these stresses. In autumn 2021, the AMVA held their first-ever roundtable discussion to address veterinary suicide prevention. Several goals of the roundtable was to increase veterinarians’ ability to recognize symptoms and to vocalize resources available, such as suicide prevention hotlines, to those in crisis.