Regifting: Resourceful and Thrifty or Rude and Distasteful? 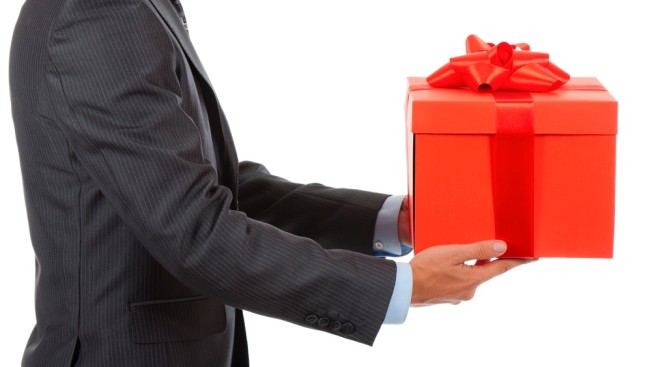 Now that the holidays are winding down, you may be wondering what to do with some of the less-than-desirable presents you received this year. Despite Santa's good intentions, are you ever going to wear that gaudy scarf? And will you ever actually take that awkward foot bath out of the box?

A practical solution would be to regift these items---to pass them on to someone who would appreciate them more than yourself. But that pesky taboo surrounding regifting makes you think twice. What do you do? Researchers from Harvard, Stanford, and the London Business School analyzed the psychology behind regifting to determine what people really think about it, and how much the social stigma comes into play. Their results

, published by the Association for Psychological Science earlier this year, suggest that with a little rebranding, regifting may not be such a bad idea after all. The researchers set up a series of five regifting scenarios in which gifts were given, received, and then regifted. It turns out that the regifters overestimated how much a second gifting would offend the original givers. The researchers chalked the discrepancy up to entitlement. The regifters tended to think the original givers still had a say in what ultimately happened to the gift, whereas the givers assumed that handing over the gift meant giving up the right to say where it should end up. To try and tweak regifters' sentiments, the researchers then told participants it was National Regifting Day. Since gifts are an integral part of holidays such as Christmas and birthdays, they thought the new spin might make the practice more socially acceptable. In this scenario both givers and regifters found it more acceptable to give the gifts a second run. Destigmatizing the act put all the participants on the same page. Granted, the study didn't address factors such as one's relationship with the giver (a close friend versus an acquaintance from work) or what the gift was (a hand-sewn quilt versus a pungent aromatherapy candle), but it does offer some interesting insights. The good news: you can finally rewrap and clear out that drawer of unwanted gifts. The bad news: it's going to require a strong constitution. Image courtesy of mast3r / shutterstock