An investigation shows that rats navigate new spaces simply through observation, improving our understandings of the "internal GPS." 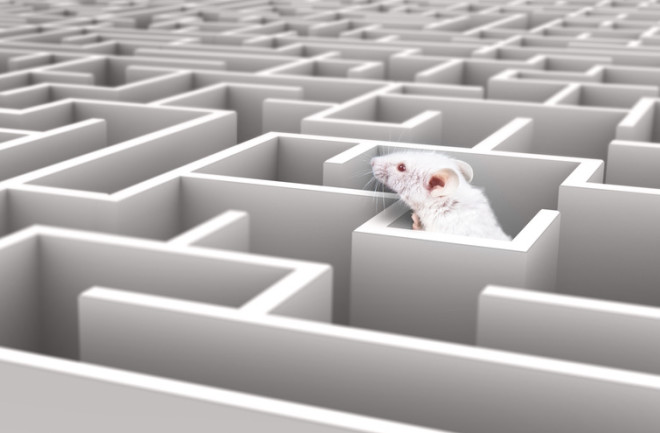 Animals and humans are great at getting around. That said, many mysteries remain about the mechanisms involved in our navigation.

According to recent research, some animals can navigate new spaces thanks to simple observation. Published in Frontiers in Behavioral Neuroscience, this research reveals that rats can take in information about their environments through the observation of other rats, without ever exploring the environments themselves. The findings, the researchers say, provide valuable insights into the so-called "internal GPS" systems of animals and humans.

Navigation is vital to the survival of many species, and studies show that individuals’ abilities to navigate often come from cognitive maps. These maps are stable mental representations that allow animals and humans to acquire and recall information about their surroundings. Acting almost as a sort of “internal GPS,” these mental maps guide individuals toward specific places that are otherwise tricky to remember and re-find.

Though scientists stress the importance of these mental maps, not much is known about their creation. For instance, scientists still speculate whether the formulation of these maps requires the active exploration of an environment. To address this ambiguity, a team of researchers studied the navigation skills of rats, which create their own cognitive maps, as past studies show.

The results of their investigation indicate that rats can, in fact, acquire information about a space through observation alone.

“Our study shows that the cognitive representation of a space formed by observation is stable and can be used by the animals to navigate more efficiently through the observed space,” Doublet says in a press release. “This study is a means to better understand how our brain represents the behavior of conspecifics, but also how our internal GPS works.”

To arrive at these findings, the researchers placed pairs of rats into a custom two-part cage. The rats in the inner compartment observed as those in the outer compartment learned to locate and retrieve a food reward.

Following this observational training process, the researchers then placed the observer rats in the outer cage. They found that these rats retrieved their own rewards with a success rate of 100 percent, while naive rats with no previous training retrieved the rewards only 12 percent of the time.

The study authors say that these findings constitute a major step forward in understanding the “internal GPS.” Yet, further study is still necessary. “While these findings may be an important insight to better understand our internal GPS,” Doublet says in a press release, “this study does not explain what exactly this stable representation is or how it is generated.”