Quantum Theory Won't Save The Soul

Could quantum mechanics save the soul? In the light of 20th century physics, is free will plausible?

Such as been the hope of some philosophers, scientists (and pretenders to those titles) – but neuroscientist Peter Clarke argues that it’s just not happening, in an interesting new paper: Neuroscience, quantum indeterminism and the Cartesian soul 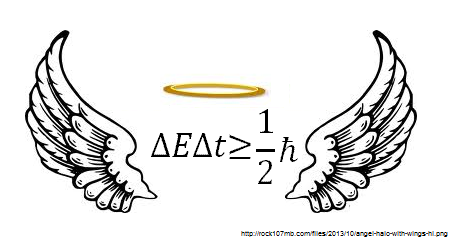 Clarke first outlines the dualism of Rene Descartes, who famously believed in an immaterial human soul separate from the brain, and responsible for rational thought. But this implied that an immaterial soul could break the laws of physics, and affect some physical processes in the brain, in order to control our actions. Even in the 17th century, this was regarded as a bit much:

Princess Elizabeth of Bohemia (oldest daughter of King James VI), wrote: “…it would be easier for me to concede matter and extension to the soul, than to concede the capacity to move a body and to be moved by it to an immaterial thing.”

But the 20th century gave new life to dualism. Quantum theory taught that physics is non-deterministic on the smallest scales; most famously, Heisenberg’s uncertainty principle states that we can’t know the exact properties of any particle for sure – only the probability of finding a certain kind of particle in a certain place.

Since then, a number of authors have argued that the soul interacts with the brain by altering the distribution of quantum states, in such a way that it alters brain function. Arguably, this would not be ‘breaking the laws of physics’ in an objectionable Cartesian way. Because, thanks to Heisenberg, there was always a chance that the system would have ended up the desired way all along.

But Clarke pours cold water on this hope:

We consider whether a fluctuation within the limits of Heisenbergian uncertainty could affect the presynaptic calcium concentration by permitting a chemical bond to be modified in an ion channel, as has been proposed…

Tinkering with presynaptic calcium channels is one of the main proposals for how souls could alter neuronal firing. However,

… even with the conservative value of a time uncertainty of 10 milliseconds, Heisenberg’s equation gives an energy uncertainty of approximately 5.2 x 10^-30 J, which is about 200,000 times too small to disrupt even a single Van der Waals interaction, the weakest kind of chemical bond.

In other words, even if the soul were only aiming to influence a calcium channel for 10 milliseconds, the bare minimum it would need to, it wouldn’t have nearly enough quantum ‘wiggle room’ to make a difference (the longer the time, the less room.)

Some have argued that even tiny quantum nudges could nonetheless control brain activity, because of the butterfly effect: a small change might lead, indirectly, to a big one, in the complex system of the brain.

However, Clarke squashes this idea too. He says that the brain is actually very good at not being influenced by tiny changes. It has to be, because thermal noise – the random movement of atoms, due to temperature – is constantly throwing up tiny changes, and this noise would drown out any plausible Heisenberg-based effects:

Thus, the thermal energy of the molecules is 9 orders of magnitude greater than the energy change that can be hidden by Heisenbergian uncertainty. But the functioning of neurons has to be resistant to thermal noise. And if the Heisenbergian uncertainty is amplified by chaos or in other ways, the far greater fluctuations due to thermal energy will presumably be amplified as well.

Clarke does, however, note that not all ‘quantum brain’ theories are based around the uncertainty principle. The alternative is the idea that neuronal function involves quantum coherence; if so this might open the door for large-scale quantum effects. This is the foundation of the Penrose-Hameroff theory (not about the ‘soul’ per se, but about consciousness). However,

Coherence is thought to be rare in biology, or exceedingly brief, because molecular noise in living cells tends to destroy the coherence… a few examples of quantum effects in biology have been reported, and this new field is gaining momentum, but some of the data are controversial… To date, there is no evidence that such quantum processes are involved in neuron-to-neuron communication or brain function.