Psychopaths Aren't the Best Hedge Fund Managers After All 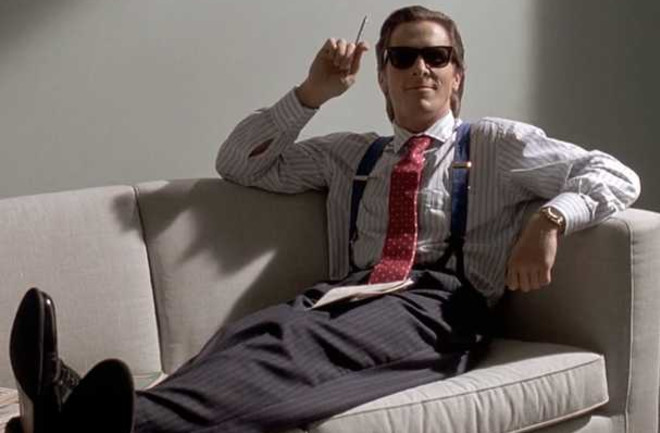 (American Psycho screengrab) Pretty much everyone agrees investing, whether it’s your own money or a company’s, is wise. And hiring someone to manage that investment portfolio could get you the most bang for your buck. So, who to choose? Probably someone who would do whatever it took — no matter how many friends they’d lose or people they’d leave dead and bloodied and dying along the way — to get the job done, right? In other words, a psychopath or a narcissist. (Or, if you’re Derek Zoolander, an investigatory journalist.) But a new study in Personality and Social Psychology Bulletin suggests hedge fund managers who score high on the so-called Dark Triad personality traits of psychopathy, narcissism and Machiavellianism aren’t quite as good at investing as their colleagues. A team of experts from University of Denver, University of California, Berkeley and the privately owned San Francisco investment firm TeamCoAdvisers tracked 101 hedge fund managers from 2005 through 2015. Ultimately, the team found that managers who displayed more psychopathic traits fared worse on their overall yearly returns than did their less psychopathic peers. The difference was minimal —only about 1 percent — but in the world of high-stakes investing, every little bit counts. And when it came to how many risks a manager took with their clients’ money, those who were more narcissistic took more chances only to end up with the same amount in returns as their less self-absorbed peers. Granted, this work does have a rather glaring limitation: The Great Recession hit in 2008. So despite the study’s 10-year duration, the authors note there is a possibility these sinister traits may be more beneficial in a different financial climate. Still, the findings add to some of the authors’ previous work examining the ideal personality traits in U.S. senators. Results from both studies hit on a similar theme: At least in some contexts, these Dark Triad traits don’t seem to lend themselves to successful leaders.