Irving Kirsh aims to "explode the myth" of Prozac and its ilk, arguing that there's little evidence that they actually work for most patients.

This article is a sample from DISCOVER's special Brain issue, available only on newsstands through June 28. 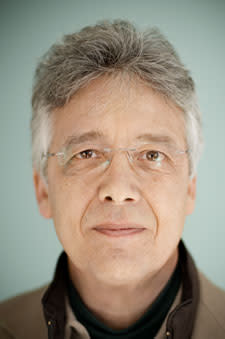 Depression is a chemical imbalance, most people think. Researchers, drug manufacturers, and even the Food and Drug Administration assert that antidepressants work by “normalizing” levels of brain neurotransmitters—chemical messengers such as serotonin. And yet hard science supporting this idea is quite poor, says Irving Kirsch, professor of psychology at the University of Hull in the U.K. An expert on the placebo effect, Kirsch has unearthed evidence that antidepressants do not correct brain chemistry gone awry. More important, the drugs are not much more effective against depression than are sugar pills, he says. To support these controversial claims, Kirsch conducted a meta-analysis, digging up data from unpublished clinical trials. When all the evidence is weighed together, Prozac, Paxil, and other such popular pills seem to be at best weakly effective against depression—an argument Kirsch presses in his new book, The Emperor’s New Drugs. Some other research backs up his claims. A study published this winter in the Journal of the American Medical Association found that psychoactive drugs are no better than placebos for people suffering from mild to moderate depression.

Where did the idea of depression as a chemical imbalance come from? The initial two drugs, imipramine and iproniazid, that were discovered and promoted as effective antidepressants both seemed to increase the amount of serotonin in the brain. It was discovered afterward that one of them seemed to block the reabsorption of serotonin, leaving it to linger longer at cell receptors, and the other blocked the destruction of the serotonin neurotransmitters in the synapses in the brain.

Then there was an observational finding that a drug called reserpine produced depression. Reserpine decreased the available serotonin, so that seemed to fit together nicely with the other discovery. But there was only one clinical trial to compare reserpine to a placebo with depressed patients. In that trial the scientists were actually testing reserpine for antidepressant effects, and they found it to decrease depression. So this drug, which decreases serotonin, also decreased depression.

The theory thrived over the years because of the apparent success of antidepressants: If altering brain chemistry cures depression, the reasoning went, depression must be caused by faulty brain chemistry.

The current antidepressant drugs have a variety of chemical structures, but they all work equally well. What does that tell you? These different antidepressants do things that, in some cases, are incompatible. Selective serotonin reuptake inhibitors (SSRIs) such as Prozac increase the amount of serotonin that’s available to be used by the brain. Then you have the norepinephrine-dopamine reuptake inhibitors (NDRIs) such as Wellbutrin that are not supposed to affect serotonin at all. And most recently you have the selective serotonin reuptake enhancers (SSREs) such as Stablon, which enhance the reuptake of serotonin rather than inhibit it.

These drugs all have different and in some cases opposite effects on brain chemistry, and yet they all show exactly the same response rate. It’s uncanny! That suggests it’s really the placebo effect that is helping the patients. In practice, all the different antidepressants have the same response rate. In a population of depressed people, they all work equally well. If they were actually correcting chemical imbalances, it would mean that the exact same number of people who are depressed have each kind of chemical imbalance﻿: The proportion of people who have too much serotonin is exactly the same as the fraction who don’t have enough norepinephrine. The odds against that are astronomical.

Nevertheless, many studies suggest that antidepressant drugs do have an edge over placebos. How do you account for that? When you do a clinical trial, you tell people that they might get a placebo. When researchers give placebos, what they are trying to control for is the expectancy of improvement, which can produce a sense of hope. You also tell them that the active drug causes side effects and what those side effects are. If I were a patient in one of these trials, I’d be wondering, well, what am I getting? And if I’ve started noticing side effects, and especially the side effects that had been described to me, I would no longer be “blind.” I would think, “Oh, my mouth is dry, that’s great—that means I got the active drug.” That would further increase my expectation that the drug was going to help. In the few studies where that has been assessed, about 80 percent of patients do figure out what group they are in. So it’s actually the side effects, the undesirable chemical effects of these drugs, that cause subjects on antidepressants to do a little better than those on the placebo.

How could hope alone—the hope you get from taking a pill—alleviate depression? One of the most popular theories of emotion in psychology is the cognitive theory pioneered by Aaron Beck, the University of Pennsylvania professor emeritus who created cognitive therapy for depression. What he liked to talk about—and he had nice research to back it up—is that the emotions that people feel depend in part on what they’re thinking about the future. If you’re feeling hope—“Things are not good now, but I know they’re going to get better because I’ve been given something that people say will reverse the problem”—that in itself will induce a more positive mood.

Doesn’t that suggest that it is actually a good idea to treat depression with placebos? No, because you’d have to lie to people, and I don’t think patients should be lied to. You destroy the placebo effect if you destroy people’s faith and trust in their doctors. It’s unethical and ultimately self-defeating. Also, there are alternatives that are better than placebos and not deceptive at all. Those alternatives, first and foremost, include psychotherapy, and especially cognitive-behavioral therapy, which has a large research base showing it to be not only more effective than placebos, but also in the long run much more effective than any of the antidepressant drugs.

Doesn’t the chemical imbalance theory take away some of the debilitating social stigma of depression? “You’re sick; you have this diseased brain”—that seems stigmatizing to me. “You’re in a lousy situation” seems less stigmatizing. In treatment, many depressed people talk about economic problems. Sometimes depression might be a normal response to an abnormal situation.

What advice do you have for someone who is taking antidepressants now? Don’t just stop on your own. If you quit antidepressants cold turkey, the withdrawal symptoms can be quite severe. If you’re taking an antidepressant, it’s working for you, you’re not unhappy with the side effects, and you’re being monitored regularly by a doctor, keep taking them. As a patient, you’re not concerned with why something works, but whether it works. On the other hand, if you’re on antidepressants and they’re not working, or if the side effects are making you feel bad, then discuss with your physician the possibility of tapering off and going into psychotherapy, especially short-term cognitive-behavioral therapy. Or explore physical exercise programs, because they’ve also been found to be effective in combating depression.

This article is a sample from DISCOVER's special Brain issue, available only on newsstands through June 28.