Pollution May Be a Hidden Factor in Mental Illness, Study Finds 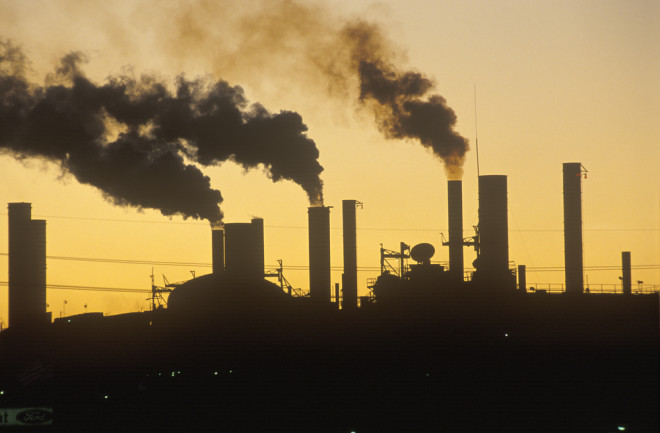 The roots of mental illness are still a mystery. But researchers think our mental health is shaped by a combination of factors, like genetics, our developmental environment and our life experiences.

But there’s one factor that scientists say may have gone unnoticed. It appears that where we live, and how polluted it is, can increase our likelihood of developing a mental illness.

That’s according to a new large-scale population study published in PLOS Biology today, based on health insurance records and pollution data in the United States and Denmark. Although the team only looked at these two countries, they believe there could be similar trends in other parts of the world that haven’t been uncovered yet.

In the United States, researchers based their findings on an analysis of 11 years of health insurance data for 151 million Americans. They looked at health insurance claims for bipolar disorder, depression, personality disorders, Parkinson’s and schizophrenia, and then mapped the data onto pollution reports across geographical regions. The team then validated their approach with data from Denmark to see if they’d spot similar trends.

In their analysis, the researchers looked how things like air, water and land quality influenced the prevalence of mental health problems. When adjusting for thing like race, population density, income and insurance status, a number of trends emerged from the data.

Scientists found that in both the United States and Denmark, areas with poor air quality had higher rates of bipolar disorder and major depression. And in Denmark, where it was possible to examine childhood health thanks to a national health registry, the researchers found that there was a more than two-fold increase in schizophrenia and personality disorders among people who were exposed to polluted air in the first 10 years of their life.

In addition, regions with polluted soil had a 19 percent increase in the rate of personality disorders, the report noted.

A map showing the quality of various aspects of the environment in the U.S., broken down by county. (Credit: Khan et al./ PLOS Biology)

In general, researchers found that places located far away from large bodies of water had higher rates of psychiatric disorders, especially major depression and bipolar disorder. According to the report, this was particularly evident for Kentucky and Missouri.

There were some other surprising trends in the data that the report noted. Hawaii had above average rates of Parkinson’s and schizophrenia. And in Alaska there were especially high rates of psychiatric disorders — especially personality disorders — considering the state’s small population size.

Andrey Rzhetsky, a researcher at the University of Chicago and author of the paper, explained in an email to Discover that more work is needed to uncover why particular states had higher rates of certain mental illnesses.

The study also didn’t uncover how pollution contributes to mental illness. Researchers think pollutants may cause inflammation and toxic stress in the brain, which is what they’ve observed in psychiatric studies using animal models.

But the science on pollution and mental health is far from settled. Rzhetsky acknowledged that association does not equal causation, and that more work is needed to understand what role pollution plays in mental illness.

And you may not want swear off the outdoors just yet. Earlier this year, another team found that spending two hours a week in nature can boost your health and well being.