Police Lineups: The Science of Getting It Right 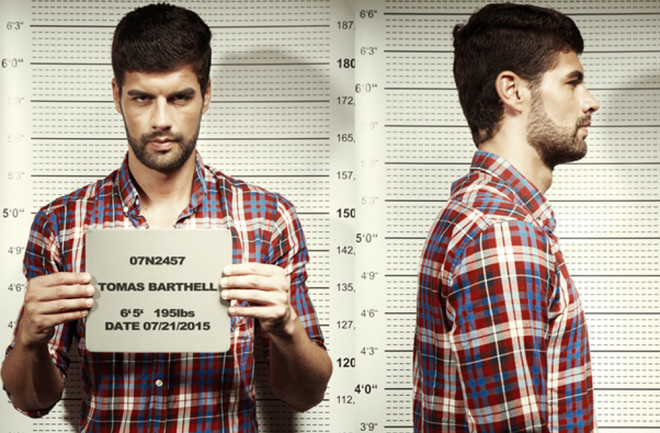 (Credit: Shutterstock) One night in 1984, a man broke into Jennifer Thompson’s apartment and raped her at knifepoint. Throughout the attack, the college student memorized every detail of her rapist’s face, promising herself that when she took the witness stand against him, “he was going to rot” in prison. Thompson hurried to police the morning after the attack, giving them a detailed description of her rapist, filling in all the characteristics she’d memorized so carefully. The police put together a photographic lineup – the standard lineup technique in the modern U.S. – and Thompson selected a man named Ronald Junior Cotton. “I had picked the right guy,” she said. “I was sure. I knew it.” But Cotton was innocent, as DNA evidence proved – after he’d spent 11 years in prison. Wrongful convictions like Cotton’s may be avoided, as a recent study showed, with incredibly simple changes to police lineup practices – changes that some law enforcement agencies seem reluctant to make.

Thompson was far from the first victim to share faulty memories on the witness stand. Decades of psychological studies have shown that many trauma survivors experience “critical stress amnesia,” while others unintentionally generate false memories in response to extreme stress. Researchers have also found that autobiographical memories of stressful events often decrease in accuracy each time we re-remember them. “The human mind is not like a tape recorder,” explains the Innocence Project, an organization dedicated to exonerating people who’ve been wrongfully convicted through eyewitness misidentification. To date, the organization has helped scientifically prove the innocence of 344 wrongfully identified people in the U.S. alone, who served an average of 14 years in prison – sometimes on death row. Many crime victims identify – or misidentify – suspects via old-fashioned police lineups. Unlike the live physical lineups often portrayed in film and TV, lineups in the US typically involve photos of six people, while common practice in the UK is to use videos of nine people. Law enforcement organizations in the U.S. and the U.K. convict and sentence thousands of people every year based on these lineup techniques.

(Credit: Shutterstock) But in a 2016 study, a team led by Laura Mickes at Royal Holloway, University of London found that US-style lineups outperform UK-style lineups in terms of accuracy. It’s the most recent study in a growing corpus of research examining this staple of criminal investigations. The results could have major implications not only for the design of UK lineups, but for the reliability of lineups in general. Different accuracies When researchers analyze the accuracy of police lineup identifications, they distinguish between two types of accuracy: discriminability and reliability. Discriminability is the ability for witnesses to make the distinction between innocent suspects and guilty suspects in a lineup. Reliability, on the other hand, is the likelihood that the person identified by the witness is actually the criminal. Until recently, discriminability was considered the most important factor in the design of police lineups – and since witnesses are better able to tell suspects apart when shown the whole lineup simultaneously, most law enforcement agencies used the classic “all at once” lineup. Just because a witness can tell people apart, however, doesn’t necessarily mean they’ll choose correctly. Over the past few decades, wrongful convictions and research findings have driven some law enforcement agencies to switch to sequential lineups, in which photos or videos of similar-looking suspects are shown one at a time. The first modern reform to US police lineups came in 1977, when the Supreme Court established the current lineup procedure in its ruling in the case of Manson v. Brathwaite. In that ruling, the Court specified five reliability factors for accurate identification of suspects – opportunity for the eyewitness to view the suspect, the witness’ degree of attention, and so on. Although those criteria marked a step forward in rigor, they were based on legal precedents, not on scientific data. Even so, lineups in the US continue to be conducted and assessed primarily on the basis of the Manson v. Brathwaite standard. Meanwhile, exact lineup procedures throughout the U.S. vary from one jurisdiction to another – while, on the other side of the Atlantic, procedures in England and Wales often differ from those in Ireland. This inconsistency, Mickes says, makes it difficult to pinpoint why some types of lineups produce more reliable results than others. She strongly suspects, however, that confidence may be an under-appreciated factor.

“Confidence in the initial identification is the most important piece of information,” Mickes says. Her study found that people who expressed high confidence in their identifications were, in fact, significantly more likely to be correct. What’s more, Mickes’ team found that people who were tested using a U.S.-style lineup – a series of six photos, presented simultaneously – consistently scored more accurately than people tested on a U.K.-style lineup, in which nine videos are presented in sequence. Mickes thinks that U.S.-style lineups may yield higher reliability because they include the step of asking witnesses how confident they are in their identifications – while U.K.-style lineups don’t take this step. However, Mickes is quick to point out that there are many differences between the two lineups, and it’s too early to draw strong conclusions about the causes of the U.S.-style lineup’s higher reliability rating. Another factor, she says, may be that the simultaneous presentation of U.S. lineups yields higher reliability than the sequential presentation used in U.K.-style lineups. In the years since Manson v. Brathwaite, further rulings from courts at the state and national levels have required law enforcement agencies throughout the U.S. to refine their methods of gathering and presenting eyewitness testimony. In the 2011 case of State v. Larry R. Henderson, for example, the Supreme Court ruled that prosecutors must offer concrete proof that for the reliability of an eyewitness identification before it can be admitted in court. In 2012, the New Jersey Supreme Court introduced a far more extensive, scientific set of accuracy factors for eyewitness testimony, including “weapon focus, distance, lighting, intoxication” and others. Even so, the U.S. lineup procedure itself remains fundamentally unchanged since the Manson v. Brathwaite ruling. However, there’s no court ruling regulating details like the exact phrasing of questions or the number of times photos are shown – and these details vary from one law enforcement agency to another. Thus, researchers often have trouble agreeing on why a given variation in the procedure seems to result in higher reliability. Sometimes, Mickes says, simply giving witnesses differently worded instructions may change the likelihood that a suspect will be identified. To know for sure, she says, we’re going to need far more research – and a lot more consistency in lineup procedures from one jurisdiction to another. “There haven’t been changes in the U.K. for years,” she says, “and U.S. procedures vary from jurisdiction to jurisdiction.” Simply requiring lineup administrators to double-check a witness’s confidence, however, may be a significant step in the right direction.