How Are Our Personalities Formed?

Who do you think you are? 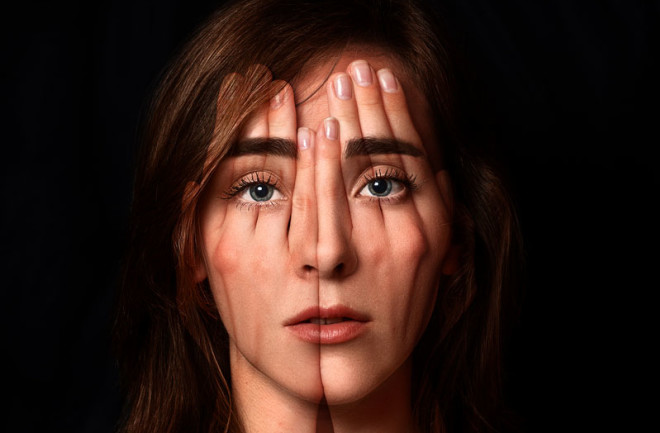 Your personality is what makes you, well, you — even if experts can’t settle on an exact definition of the word. Most agree, however, that personality is the overall pattern of how a person feels, thinks and behaves throughout life.

Over the years, psychologists studying personality have had no shortage of theories about how it develops and how it affects an individual. Some haven’t gotten much traction. Others once had a strong following but have since fallen out of favor. Take Sigmund Freud, for instance. In the early 1900s, he argued that our unconscious drives who we are. His take inspired others like Alfred Adler and Carl Jung to develop their own views. Although their contributions are important to the field’s history, modern personality psychologists tend to focus on other major theories. Here, we’ll take you through just some of those, as well as popular tests designed to reveal what makes you tick.

George Kelly is responsible for this line of thinking, which he published in 1955. He believed the way people act and behave is tied to the subjective ideas they use to interpret the world: their constructs. For example, you’d probably call something a chair if it had four legs, a seat and a back, because those characteristics fit the “chair” category in your mind. It was the first theory to emphasize the way a person thinks as the root of personality, which is why many modern psychologists call it the cognitive theory. Although well known today, Kelly’s ideas didn’t receive much attention when he initially published them.

Perhaps the most popular leaf on the personality psychology branch is the Big Five, which evolved out of late 20th century research. Not really attributable to any particular founder, it centers on, as you’d guess, five traits: openness, conscientiousness, extraversion, agreeableness and neuroticism. (This theory also goes by OCEAN.) Many personality psychologists subscribe to the Big Five because it’s the Goldilocks of trait theories — a manageable blend of Cattell’s unwieldy 16 traits and Eysenck’s mere three.

Since publishing a first take in the 1920s, Allport continued to refine his theory, which emphasized the importance of the individual, rather than subscribing to the idea that everyone fits into a universal set of traits. For instance, Allport favored using an in-depth case study of a person to develop a personality profile, rather than having someone take a standardized test. Although his work has left a lasting impression, he lacked the data to support his theory and he, like Rogers, didn’t develop measurements to test his concepts.

Cattell, like most other trait theorists, largely believed universal characteristics exist that apply to everyone. After some statistical work in the late 1940s, he defined 16 traits — such as reserved/outgoing, trusting/suspicious and relaxed/tense — he thought represented the core of personality. Cattell thought these traits were stable overall, but he acknowledged people’s moods and social roles also influenced their behavior. Although his theory was more testable than others, 16 variables made for a complicated analysis. Eysenck’s trait theory, which he started publishing in 1947, overlaps with Cattell’s, but it has a couple of major differences. Most importantly, he simplified things, coming up with just three major traits: introversion/extraversion, neuroticism and psychoticism. Eysenck also believed biology influenced certain traits. For example, he argued that because of differences in the brain, introverts were more mentally stimulated than extraverts and thus avoided activities like loud parties that would overload them. Overall, while Eysenck’s theory was easier to test than Cattell’s, many psychologists felt there were traits that didn’t fit into Eysenck’s framework.

Albert Bandura and Walter Mischel are the heavy hitters of this theory. According to social-cognitive subscribers, we develop our personalities through both our thoughts and our interactions with our social environments. Unlike most other frameworks, the social-cognitive approach is more interested in how we adjust our behavior in different settings.

Carl Rogers championed this theory in the mid-20th century. Unlike Freud, he believed our subjective, conscious experience — our phenomenological experience — and our sense of self were key to personality. Rogers thought our behaviors stem from a need to have our everyday experiences align with how we see ourselves. For example, if you think of yourself as polite, you’re likely to behave politely. One major flaw with his theory: There aren’t many scientifically viable ways to measure and test these key concepts.

According to this school of thought, we think, feel and act consistently both over time and in different situations; these consistencies are called traits. Today, tests for trait-based theories are relatively easy to use and thus are pretty common. Instead of a single founder, a handful of 20th century scholars made significant contributions: Gordon Allport, Raymond Cattell and Hans Eysenck.

Personality tests are more than just a fun way to kill some time online. (Sorry, your “Which Game of Thrones character are you?” quiz doesn’t count.) They can play an important role in anything from identifying candidates who are a good fit for a job to helping therapists figure out treatments for their patients.

For nearly a century, classic Rorschach inkblots have been a popular tool for revealing how individuals see the world through the lens of personality. Public Domain via Wikimedia

The Rorschach is the most famous projective test, a group defined by their ambiguity: It’s up to the subjects to describe what’s presented, revealing their personality through their interpretations. In 1921, Swiss psychiatrist Hermann Rorschach published 10 inkblot cards, developed through trial and error with hospitalized patients. Answers that aligned with the structure of the blots indicated healthy psychological function; those that didn’t revealed abnormal behavior.

This is one of most popular, and straightforward, of the trait tests. You simply rate how you usually act, rather than how you think you might in the future, or how you wish you would. Here’s a sample from an abbreviated, unofficial version of the test. Take a version of the test here.

Another projective test, TAT consists of a series of cards with a variety of scenes on them. The point, similar to the Rorschach test, is to interpret the scenes and describe what you think is happening. The test is based on the idea, according to co-creator Henry Murray, that when a person interprets an ambiguous social situation, that person's personality is exposed.

George Kelly, founder of the personal construct/cognitive theory, developed this tool, commonly referred to as the Rep test. There are two steps. In the first, you list 20 to 30 people who fulfill specific roles in your life, such as mother or friend. The second part is the crux of the test. The proctor picks three people from the list and asks you to describe how two of them are similar to each other and different from the third person. Each trio is supposed to reveal a construct you’ve built and thus, according to Kelly’s theory, how you think about the world. Thanks to its open-ended nature, the Rep test reveals twice as much information as the Big Five questionnaire.