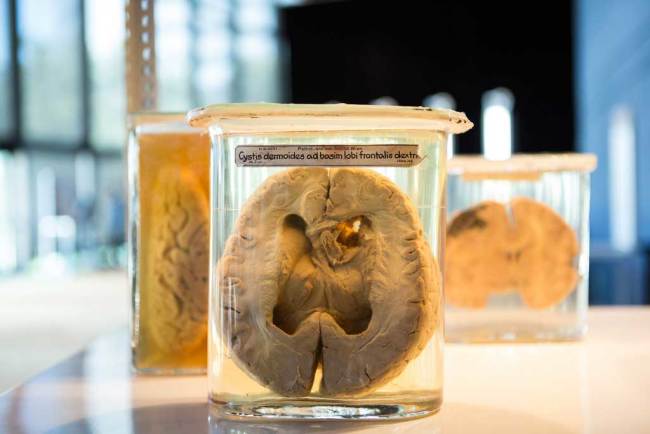 Who among us hasn't wished for a superhuman memory like the detectives on TV dramas? It exists: It's called Highly Superior Autobiographical Memory (HSAM

), and less than two dozen people are known to have it. But new research shows even those with superhuman memories have a Kryptonite.

People with HSAM can recall very particular details fromalmost every day of their lives — what they ate on the 8th of September, 1983, or what the weather was like during their drive to the polls on election day 13 years ago. But researchers wondered if thesesharper memories were also more resistant to tampering.Tests have shown that people with normal memoriescan acquire various false memories through the power of suggestion. But what about HSAM people — dothese “tricks” work on their memories too, or do they make memories in a fundamentally different way that is immune to this manipulation?

Researchers tested HSAM and normal people side by side and found that people with HSAM are just as vulnerable to implantation of false memories as the rest of us. In every test, the twenty super-rememberers with HSAM were equally prone to “memory distortions” as the 38 people with normal memories. These included remembering words in a list that weren’t actually there and remembering specific images they weren’t shown. In one test for instance, the participants were asked whether they had seen news footage showing the crash of United 93 in Pennsylvania on 9/11 (which doesn't actually exist). A statistically equivalent fraction of HSAM and normal people said they had seen this non-existant footage. Overall, in every experiment the HSAM participants memory scores were indistinguishable, or even worse than, the control group, according to a paper appearing in today’s PNAS

. No one, it seems, is immune to memory distortion. Of course, anyone who follows the work of groups like the Innocence Project

might already be familiar with the idea that human memories aren’t perfect. This study not only confirms and extends that idea (even eyewitness testimony from people with fantastic memories should be suspect), but it also suggests how people (HSAM and non) form memories to begin with.

Since both HSAM and normal memoriescan be manipulated using the same techniques, we nowknow what kinds of processes are central to creating those memories. Namely, a person’s associations with the memory and post-event information are involved. (It was these processes that the tests targeted.) To be clear, the false memories in this study were manipulations on the part of the researchers designed to produce these errors. Presumably, the reason HSAM people’s memories are normally so accurate is because no one is trying to mess with them. But it is a sobering reminder that even superhuman memories aren't always invulnerable. Image credit: Ars Electronica/Flickr