Will you have that extra chocolate bar when you're worried about your weight? Will you spend that extra hour on the internet when you have other things to do? Will you have that extra drink with an attractive colleague when your partner is waiting at home? Our lives are full of temptations and some of us are better at resisting them than others. But unexpectedly, the very people who think they are most restrained are also most likely to be impulsive. Their inflated belief in their own self-control leads them to overexpose themselves to temptation. 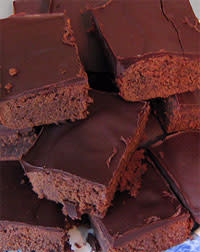 In a series of four experiments, Loran Nordgren from Northwestern University showed that people suffer from a "restraint bias", where they overestimate their ability to control their own impulses. Those who fall prey to this fallacy most strongly are more likely to dive into tempting situations. Smokers, for example, who are trying to quit, are more likely to put themselves in situations if they think they're invulnerable to temptation. As a result, they're more likely to relapse.

The restraint bias stems from the fact that we're generally bad at predicting the future and how we'd feel in circumstances that are different to our current ones. When we're full, we underestimate the powerful pangs of hunger. When we're cold, we can't imagine what it's really like to be sweltering. Addicts underestimate the pull of their drug-of choice when they try to quit.

Nordgren showed this in a previous experiment, where he asked people to remember how much dunking their hand in an icy bucket would affect their performance in a memory test. He found that people underestimated the memory-killing power of the ice, unless they were actually doing it at the time.

This time, he wanted to see how this restraint bias actually affects our behaviour. He started by asking 72 students to memorise strings of numbers for either an easy 2 minutes or a strenuous, tiring 20 minutes. As expected, those who did the longer task felt more tired than those who did the shorter one. They also felt that they had less control over their mental fatigue and they were less likely to cram for their final exams, leaving significantly less of their studying until the last week. This confirms that, like the case of the icy bucket, students overestimate their ability to fight off tiredness unless they're actually experiencing it, and this affects how they plan their studying.

In another study, Nordgren asked 79 people to rank seven snacks in order of preference, either as they entered or left a cafeteria. He also asked them to pick one of the snacks and said that they would win it, and four euros, if they returned it uneaten a week later (the snacks were tagged to avoid cheats).

He found that people leaving the cafeteria were not only less hungry than those entering it, they also felt more strongly about their ability to shrug off an impulsive craving for snacks. That came through in their choices - the full volunteers generally chose one of their two favourite snacks, while the hungry ones chose their second- or third-favourite. On an individual basis, people who thought more of their impulse control were more likely to choose the more tempting snack. They were also less likely to actually return with the snack. 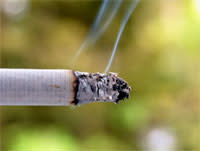 For his final studies, Nordgren wanted to actually manipulate his volunteers' belief in their resistance to temptation. He gave 53 smokers a test that would tell them if they had a low or high capacity for controlling their impulses. The test, however, was a sham and it's decrees were random. Nonetheless, those who were told they had lots of control were more likely to believe it than those who were assigned to the low-control group.

After being manipulated, the volunteers played a self-control game where could win money by watching a film Coffee and Cigarettes without lighting up. They could choose their difficulty setting - they could either watch the film with a cigarette in another room, on their desk, in their hand, or in their mouth (unlit, of course). The harder the challenge, the greater the potential prize.

As you've probably guessed by now, smokers who were told they had more control exposed themselves to the more tempting scenarios (they typically opted for the cigarette in hand, while the other preferred it on the table). However, their self-beliefs didn't pan out - they were three times more likely to actually smoke the cigarettes than their peers, despite being allegedly less impulsive.

This fits with other studies which have found that smokers underestimate the cravings they'll face when they try to quit. And after cravings cease, self-delusion becomes even greater. Nordgren interviewed 55 people who had quit smoking for three weeks and found that those who were most confident about their impulse-control were more likely to put themselves in tempting situations. They were less likely to ask people to not smoke around them, and more likely to hang around other smokers, keep cigarettes around them and think that they could have an occasional cigarette without truly relapsing. And the price of this confidence? They were more likely to relapse after four months.

Together, Nordgren's four studies beautifully demonstrate the power of the restraint bias in real-life settings. It's a phenomenon that has powerful consequences, especially when it affects behaviours like smoking or dietary choices that could have significant effects on people's health. It also applies to several situations where temptation rears its head. Should a married person knowingly go for dinner with an attractive ex, on the assumption that they'll resist their attraction? Should a busy professional buy a time-sucking computer game based on their confidence that they'll manage their time effectively?

The restraint bias could also help to explain why people willingly take up activities they already know to be addictive - they simply believe that they're strong enough to resist the addiction. As a powerful example of this, one study showed that heroin users are less willing to pay for the substitute buprenorphine if they weren't currently experiencing cravings. If experienced users underestimate their urges, imagine how monumentally more difficult it would be for a naive person to do so.

This study, like many others I've reported on, speaks to the massive importance of self-awareness. Unrealistic perceptions of ourselves can wreak havoc with our decision making. Overinflated views of ourselves give us further to fall when our status is challenged. If we think we're more controlled than we are, we're more likely to lose control. If we say unrealistically positive things about ourselves, we could actually damage our self-esteem.

It's no coincidence that many addiction programs encourage people to have a more realistic sense of themselves. Alcoholic Anonymous, for example, emphasises that alcoholics should admit that they are powerless over alcohol and that they will always remain an alcoholic. Nordgren says that these recurring themes could help people to avoid "[drifting] back toward the illusory belief that they can handle their cravings."