Lately I've been investigating (apparent) plagiarism in various areas of scientific publication. It's quite interesting how many different ways there are to put together an unoriginal paper. No two cases are alike, but I have noticed some patterns. The illustrations here are all real cases I'm working on. I have disguised the text, for now, but all will be revealed soon. The first pattern is the "1-2-3-4" - a straightforward kind of (apparent) plagiarism: large chunks are taken verbatim from sources. One source follows the other with at most a few original words to hold them together. In this example, every color represents a different source paper: 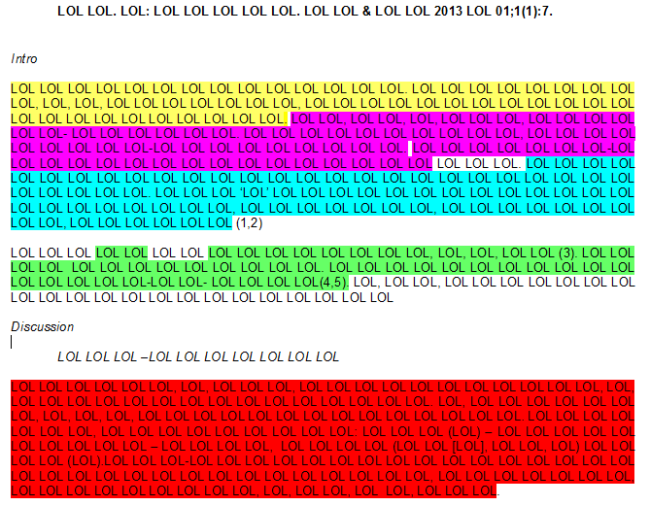 The "Frankenstein" - this kind of (apparently) plagiarized article is stitched together out of the chopped up remains of many texts. Sometimes the source even changes in the middle of a sentence, only to revert back to the first one after the full stop. The order of the bits may be shuffled around. In this example, there are two source articles; different shades of the same color represent non-consecutive sections of the originals. 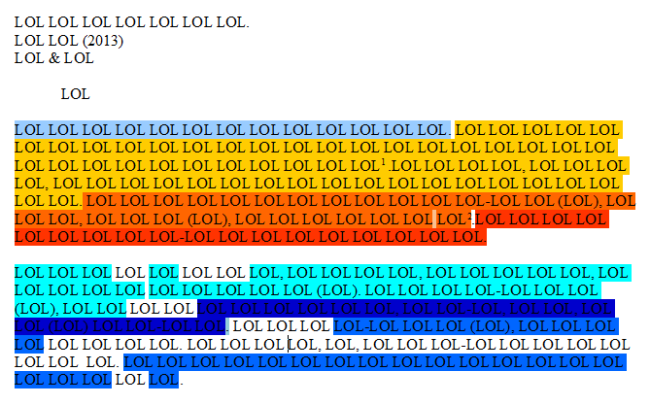 The "Piecemeal Paraphraser" - while simply copying and pasting text is the simplest form of plagiarism, it is not the only approach. More sophisticated word-pirates will then rewrite the text, paraphrasing it - generally to the detriment of the prose quality. When done properly, this is undetectable. With enough rewriting, an old text becomes a new one. However, paraphrasers often forget the big picture. You can rewrite every single sentence, but if you leave those sentences in the original order, you are leaving clear evidence of your 'borrowing'. You may fool plagiarism detection software, but not a careful reader. In this example, each of the 16 clauses here is similar in meaning, though not in wording, to a clause in an (apparent) source document. By itself, this might not seem too suspicious - the two articles are, after all, about the same topic - but the 16 corresponding clauses are in exactly the same order in both cases... oops. 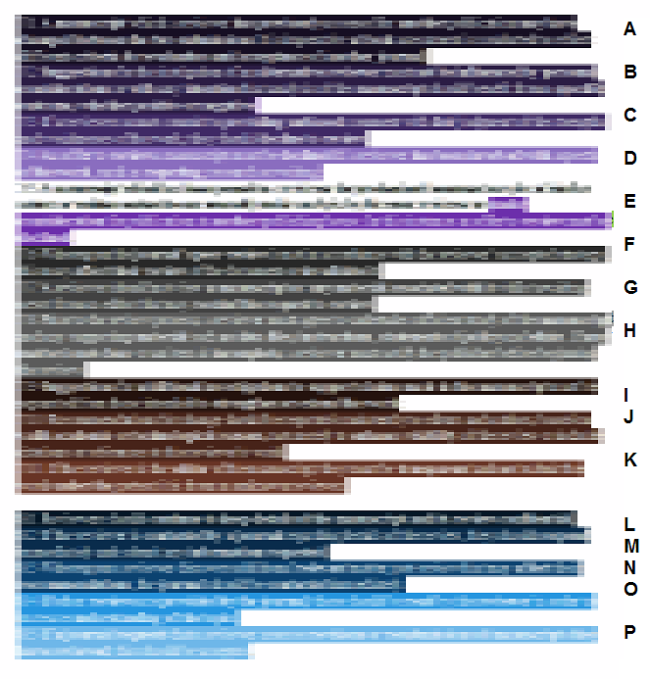 Finally - and most depressingly - we have the "Hydra". Just as Hercules found that, for every head he lopped off the Lernaean hydra, two more grew up, it sometimes happens than when investigating one case of (apparent) plagiarism, you find that other papers have also been (apparently) pinching from the same sources as the original suspect. In fact, if you want to find out just how common plagiarism is in science today, take your favorite highly cited review paper published in, say, 2010, and Google a few sentences from the first paragraph. But don't say I didn't warn you...