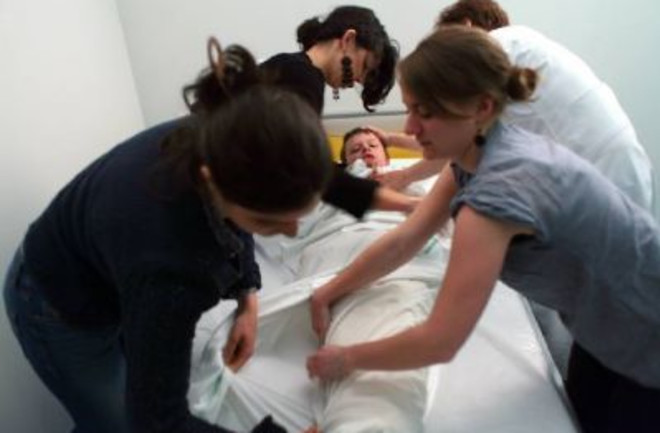 Well, right now, some psychiatrists have decided that the best treatment for autism is something not that far removed from sticking them in a refrigerator – literally. Enter “Le Packing”, which is the target of an unprecedented consensus statement just out from a list of 18 big-name autism experts (available free here).

This alleged therapy consists of wrapping the patient (wearing only underclothes or naked in the case of young children) several times a week during weeks or months in towels soaked in cold water (10°C to 15°C). The individual is wrapped with blankets to help the body warm up in a process lasting 45 minutes, during which time the child or adolescent is accompanied by two to four staff persons.

The alleged goal of this technique is to “allow the child to rid him- or herself progressively of its pathological defense mechanisms against archaic anxieties,” by achieving “a greater perception and integration of the body, and a growing sense of containment.”

No, really. Frankly, they could have stopped there, because the description is condemnation enough, but they go on to write:

We have reached the consensus that practitioners and families around the world should consider this approach unethical. Furthermore, this “therapy” ignores current knowledge about autism spectrum disorders; goes against evidence-based practice…and, in our view, poses a risk of preventing these children and adolescents from accessing their basic human rights to health and education.

Le Packing, as the name suggests, originated in France, and its use seems to be confined to France and other French-speaking areas. This is the first I’d ever heard of it. Little has been written about it in English (though see this long article and this piece from 2007) so here’s my loose translation of the the article on the French Wikipedia:

This rather speaks for itself, but I’ll say this. If someone is suffering these kinds of severe behavioural disturbances, the temptation to do somethingdramatic must be intense. Indeed, if someone’s disturbed to the point of trying to mutilate themselves, or refusing to eat, almost by definition you’re going to have to restrain them, either physically or with sedatives, temporarily. While Le Packing may be a French peculiarity, it’s not like psychiatrists in other countries never resort to drastic measures.