Our brains have a vast capacity for remembering detail

There's a growing tendency for advertisers to hype up modern movies with hyperkinetic trailers that end with a blitz of imagery from the film. Seconds after the clip ends, the onslaught of explosions, punches and screeching tyres are probably crystal clear but minutes later, and your recollection of the images starts to fade. By the time you leave the cinema, you can probably only remember a few sparse details, if that. 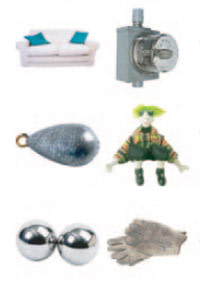 These experiences jibe with psychological research, which suggests that the photographic clarity that accompanies initial memories tends to fade as they are transferred into long-term storage. The older our memories are, the fewer details they contain. But a new study challenges this view of long-term memory as a set of fuzzy depictions, by showing that it can actually store a massive number of different objects at an unexpectedly high level of detail.

The size of our long-term memory hasn't been in doubt for decade. In the 1970s psychologists showed how deep this storage system goes by presenting people with tens of thousands of pictures for mere seconds. Even after this deluge of imagery, the volunteers were still able to tell the pictures they had seen from ones they had not with an 83% accuracy.

But these tasks didn't require people to remember many details about the scenes they saw. The images were different enough from each other that just remembering the gist of them would have been enough to choose the familiar one. Remembering that you saw a picture of a wedding rather than a football match would be enough; it wouldn't be necessary to know the bride's face or the colour of the players' shirts.

Timothy Brady from the Massachusetts Institute of Technology tweaked these old experiments to make them more challenging and to make attention to detail a prerequisite for success. He recruited 14 adults and showed them a series of 2,600 real-world objects for three seconds apiece, with specific instructions to try and remember as many details as possible. After about four hours of studying, the volunteers were given a short break and then sat through a test of their memories.

There were three types of test but they all required the volunteers to choose which of two objects they had seen before. In the easiest set, known as "novel" trials, the objects were paired with completely different ones, such as a sofa with a clock. In more difficult "exemplar" trials, the old item was paired with a new object of the same type, such as two slightly different mirrors. Finally, in the "state" trials, the exact object in the first image was changed to create the second one; for example, a box might have been shown both open and closed. 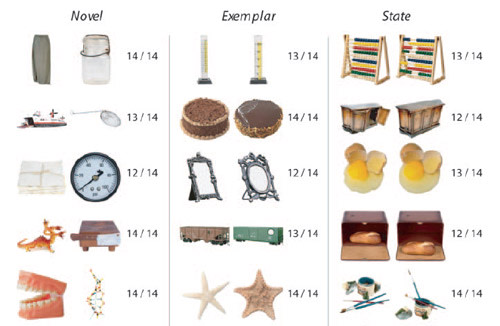 People needed detailed memories to pass the exemplar and state tests; just having an idea about the gist of an object or categorising it in a general way would result in failure. But that wasn't the case - Brady's volunteers did extremely well on all three tests, with average scores of 93% in the novel tests, 88% in the exemplar ones and 87% in the state ones. They took longer to answer in the harder challenges than the easy one, but only marginally so. nd their answers were confident - they weren't just making general and fortunate guesses, but were usually very clear about the specific details that made them pick one image over another.

If that wasn't convincing enough, Brady showed that the volunteers showed remarkable memory skills even while they were studying the images. As the objects flashed by, they were told to look out for any repeats. These had a one in eight chance of turning up but their duplicates could have appeared anywhere from 1 to 1024 images ago.

Even with the added burden of having to learn the new images, the volunteers showed exceptional skill at spotting the duplicates, picking out 96% of them and making very few false alarms. If the interval between the original and repeated objects was 63 or less, they accuracy was practically complete and even with a thousand intervening items, they were raking in scores of 80% or so.

Brady's experiments fly in the face of a widely held assumption that long-term memory is awesome in its capacity but not its reliability. The idea that we only retain information about the "gist" of what we see is backed up by tests of "change blindness", where people are often comically oblivious to changes in the details of visual scenes, particularly if these coincide with blinks or sudden eye movements. Volunteers will even fail to notice discrepancies as large as background objects going missing or a conversational partner switching heads.

In some cases, the opposite can happen, with people falsely remembering much more of a scene than they actually saw, because of biases or views of what is normal. For example, people who are made to wait in a office and then questioned about what they saw will often say that they noticed books, even when none were present. Books form part of what they expect of an office.

So in our everyday lives, we often fail to register details of objects or scenes but even so, Brady's experiments suggest that this isn't because we cannot do so. His volunteers, who were specifically told to remember details, did so with tremendous success. It seems that active attention to detail can pay dividends, although it would be interesting to see how high the scores remained after a much longer interval between studying and testing.

Some previous studies found that we can remember details of a few hundred objects over long periods of time, but that's just scraping the surface of our abilities. This new study shows that even objects in their thousands won't tax our capacity for details. Simply put, we can remember a much higher amount of information per item than anyone had previously believed. Our upper limits are still unknown.