Ouch! In the Brain, Social Rejection Feels Like Physical Pain 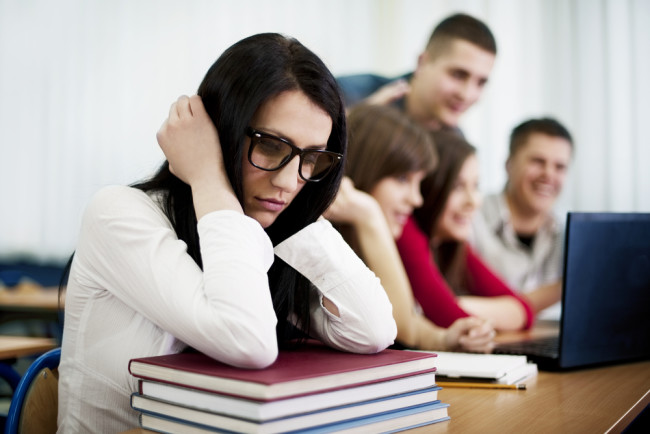 Comedian Jerry Seinfeld used to tell the following joke: “According to most studies, people’s number one fear is public speaking. Death is number two. Does this sound right? This means to the average person, if you go to a funeral, you’re better-off in the casket than doing the eulogy.” The joke is a riff based on a privately conducted survey of 2,500 people in 1973 in which 41 percent of respondents indicated that they feared public speaking and only 19 percent indicated that they feared death. While this improbable ordering has not been replicated in most other surveys, public speaking is typically high on the list of our deepest fears. “Top ten” lists of our fears usually fall into three categories: things associated with great physical harm or death, the death or loss of loved ones, and speaking in public. What is curious is that the person speaking probably doesn’t know or care about most of the people there. So why does it matter so much what they think? The answer is that it hurts to be rejected. Ask yourself what have been the one or two most painful experiences of your life. Did you think of the physical pain of a broken leg or a really bad fall? My guess is that at least one of your most painful experiences involved what we might call social pain—pain of a loved one’s dying, of being dumped by someone you loved, or of experiencing some kind of public humiliation in front of others. Why do we associate such events with the word pain? When human beings experience threats or damage to their social bonds, the brain responds in much the same way it responds to physical pain.

Animal data suggest social pain is linked to the experience of physical pain. Around 2001, Naomi Eisenberger and I decided to try to investigate this in humans. We had people play a game called Cyberball while they were inside an fMRI scanner. The subjects believed that they and two other individuals were simultaneously having their brains scanned while they played the videogame over the Internet. We told them we were interested in how brains coordinate with one another to perform even simple tasks like ball tossing. The individuals had no idea they were about to get rejected in the scanner. But after a few minutes of throwing the ball around, the other “players” stopped throwing the ball to the actual participant. After participants were rejected, they got out of the scanner, and they were taken to a room to answer questions about their experience. Frequently, these individuals would spontaneously start talking to us about what had just happened to them. They were genuinely angry or sad about what they had gone through. This was unusual for an fMRI study back then because most tasks didn’t generate personal emotional reactions. We had to pretend that we hadn’t been paying attention to what had happened in the scanner because we did not want their answers to the questions they were about to be asked to be contaminated by anything we might say.

Throughout our lives, we are destined to experience different forms of social rejection and loss. Most of us go through multiple relationship breakups, and we typically spend a portion of those on the side of being left, rather than leaving. Such breakups often feel unbearable, and they can dramatically alter how we view ourselves and our lives for a long time after. Our Faustian evolutionary bargain allows us as humans to develop slowly outside the womb, to adapt to specific cultures and environments, and to grow the most encephalized brains on the planet. But it requires us to pay for it with the possibility of pain, real pain, every time we connect with another human being who has the power to leave us or withhold love. Evolution made its bet that suffering was an acceptable price to pay for all the rewards of being human. 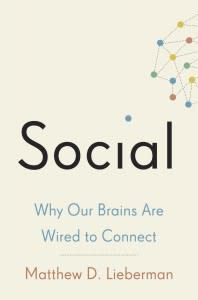