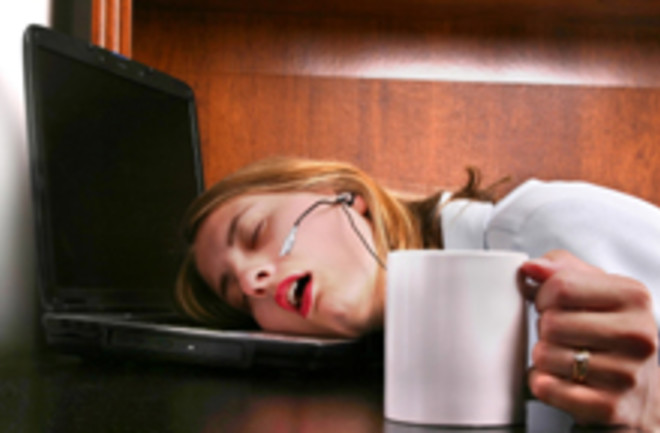 Amid mounting evidence that sleep is key for your memory, researchers published a paper in the journal Science last week suggesting that playing specific sounds while a person sleeps—sounds connected to something that the person is trying to memorize—could help the memory sink in. The

researchers taught people to move 50 pictures to their correct locations on a computer screen. Each picture was accompanied by a related sound — meow for a cat, whirring for a helicopter, for example [The New York Times].

Next the test subjects lay down for a nap, and while they slept the researchers played sounds relating to half the objects. When the subjects woke up, scientists tested them on how well they remembered where each object went. Participants didn't know they'd been subjected to the sounds while they napped, but they fared better at placing the objects for which they heard sounds in their sleep than those they didn't. Lead researcher Ken Paller explains:

"While asleep, people might process anything that happened during the day -- what they ate for breakfast, television shows they watched, anything.... But we decided which memories our volunteers would activate, guiding them to rehearse some of the locations they had learned an hour earlier" [U.S. News & World Report].

said the results showed “such a minor effect that it’s not significant,” adding that the effect was even less significant because other study subjects who remained awake showed similarly better recall with sound cues [The New York Times]

. Still, the research team effused enthusiasm, saying the study suggests the sleeping brain is coachable, and sleepers could be coached to remember specific things they've already learned. However, it doesn't provide evidence that those "learn a new language in your sleep" recordings do any good. So you might want to steer clear of them, lest you find yourself like Dexter the boy genius, repeating "omlette du fromage" all day. Related Content: 80beats: Who Needs Sleep? Drug Corrects Memory Problems in Sleep-Deprived Mice 80beats: Lack of ZZZZs Linked to Alzheimer's in Mice 80beats: Rare Genetic Mutation Lets People (And Fruit Flies) Get by with Less Sleep 80beats: Lasers Write False, Fearful Memories into the Brains of FliesImage: iStockphoto