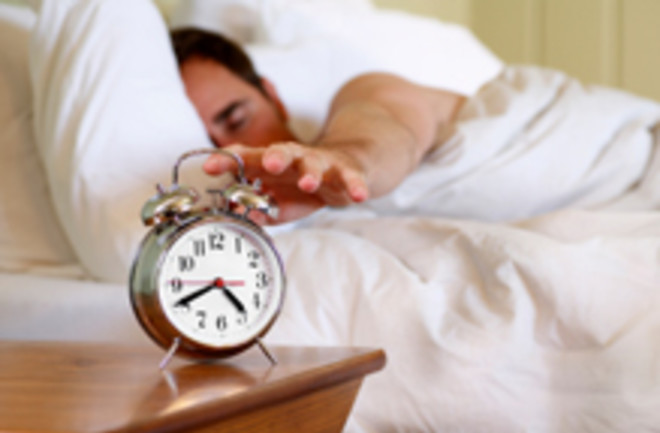 Some lucky people don’t groan awake to the alarm clock when they’ve only gotten six hours of sleep–instead they pop out of bed, bright-eyed and invigorated and ready for a new day. Now, researchers investigating the phenomenon of people who don’t need as much sleep as the rest of us have found a rare genetic mutation that accounts for some cases of shortened sleep cycles.

The scientists were searching the samples for variations in several genes thought to be related to the sleep cycle. In what amounts to finding a needle in a haystack, they spotted two DNA samples with abnormal copies of a gene called DEC2, which is known to affect circadian rhythms [The New York Times]. When they looked up the volunteers who had given the two DNA samples, they found a mother and daughter who habitually get about six hours of sleep each night and report no ill effects.

The two women, one in her 70s and the other in her 40s, go to bed around 10 or 10:30 at night and wake up alert and energized around 4 or 4:30 in the morning, [study coautor Ying-Hui] Fu said. “When they wake up in morning, they feel they have slept enough,” Dr. Fu said. “They want to get up and do things” [The New York Times]. The two women rise early even when they’re on vacation, Fu said, and they never nap.

The genetic mutation was not found in any of the other 60 families in the study, researchers report in Science. But its effects were confirmed by a follow-up experiment in which mice and fruit flies were engineered to carry the altered gene. Just like the human subjects, the mice seemed to need less sleep than an average mouse. What’s more, they seemed to recover more quickly from periods of sleep deprivation [NPR News].

The rare trait isn’t thought to be behind all cases of “short sleeping,” but the discovery will give researchers a new avenue to explore in studies about sleep duration and disorders. It could also, many years down the road, lead to a pharmaceutical trick that would give people more alert hours each day. “If I had a drug that gave a similar effect as DEC2, it is possible it would be pretty safe because the humans who carry it are safe with the mutation,” Fu says [WebMD].