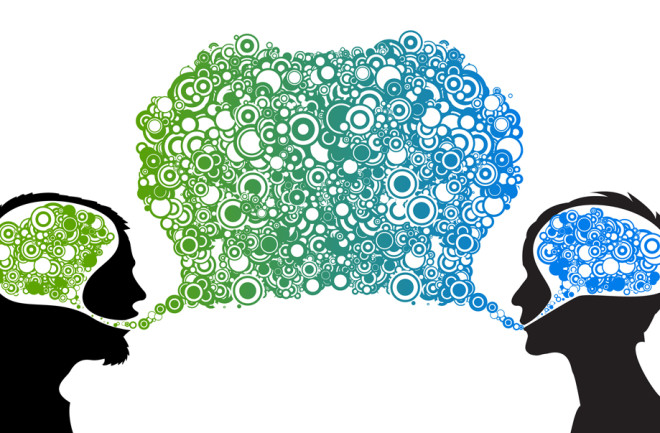 (Credit: Petr Vaclavek/Shutterstock) In English we say "nose", the French say "nez" and Germans pronounce it "nase." The words that different cultures use to describe the same objects or concepts might be more similar than we realize. That's the conclusion of a statistical analysis of thousands of languages, which concluded that some of the most basic words in our vocabularies share important characteristics, no matter the language being spoken. The findings contradict a basic assumption in linguistics: that the origin of our words is largely arbitrary. There are exceptions to this rule of course, but by and large, it is commonly held that the meaning of a word has no bearing on the sounds which form it. By proving otherwise, the researchers raise intriguing questions about the ontological roots of language, and suggest that some shared features of our brains had a hand in shaping the development of language.

In their paper, published Tuesday in the Proceedings of the National Academy of Sciences, researchers from Germany and Switzerland examined two-thirds of the more than 6,000 languages we know about today. They compiled 6,452 lists of the most basic words that languages share, words like pronouns, motion verbs, and nouns for natural phenomena and body parts. They then broke the words down into symbols representing specific sounds, which they were able to feed into an algorithm to tease out the commonalities between them. The researchers were looking for sounds that showed up in words describing the same things. If there were truly no connection between vocalizations and meaning, the sounds should be evenly distributed. That wasn't the case though — they found 74 words that showed a correlation between the sounds they used and what they meant. This held even if the languages came from completely different lineages, meaning that they never borrowed from each other. These correlations were both positive and negative, meaning that some words shared sounds, while others all seemed to shy away from certain sounds. Some words turned out to have both. Take "tongue" for example: Across all the languages, the sounds for "e" and "l" show up more often, while "u" and "k" appear less frequently than would be expected. Both "red" and "round" show an affinity for "r", while "name" rarely possesses "o" and "p".

An image from the study showing words that have either positive or negative associations with specific sounds. (Credit: Damián E. Blasi et. al)

Does It Make Sense?

On the surface, it makes sense that some of our words sound the same. After all, we're all human, and wherever our languages came from, they spring from brains that work largely alike. On the other hand, these findings may seem to be partly counterintuitive — after all, there are plenty of words that sound the same but mean very different things across languages. In addition, some of the researchers conclusions don't seem to jive with our own language — take for example, their finding that the word for "you" doesn't often possess "o" or "u" sounds. It's important to remember, however, that the researchers found correlations on a very broad scale. On the scale of thousands of languages, English is just a drop in the bucket. The researchers don't lay out hard and fast rules for languages — instead, they find that a good number of sounds show up in a way that shouldn't happen randomly.

They don't know exactly why this happens. The roots of language far exceed any written documents, and archaeological finds don't often provide good insights into speech patterns. One theory is that all of our languages today come from ancient proto-languages — after all, most languages should share an etymological root if you go back far enough. Like the broad similarities between species that diverged millions of years ago, this could explain some of the parallels. Another theory is that we formed words based on similarities between how they sound and the action or thing they describe. Previous studies have found that high-pitched sounds are often used to describe small things and low-pitched sounds describe large objects. It is also thought that sounds with particular "shapes" describe some objects better. Smoothly rolling "r" sounds might show up often in words for "round," because the sounds mimics the shape. The researchers say that this is the first time anyone has taken a big data approach to the issue by compiling information on a wide number of languages. They hope that future work will be move beyond establishing a correlation, and actually shed light on why we might prefer certain sounds for particular words. The answer will likely involve much more than linguistics — this is a question that relies on the fundamentals of how our brains process information about the world.