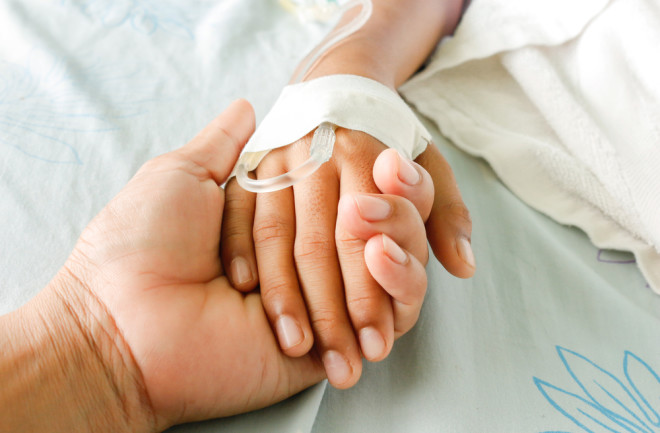 There are some things that life never prepares you for — like the dreaded phone call that a loved one is in a coma, and you’re responsible for making their end-of-life decisions if they don’t wake up.  These decisions are further complicated by the fact that there’s no true test for consciousness. And, unfortunately, it’s difficult for doctors to predict who will wake up and who won’t.

But now, a team of researchers at NewYork-Presbyterian and Columbia University Irving Medical Center say a tool that’s readily available in nearly all hospitals around the world was effective in spotting signs of “hidden consciousness” in comatose patients. These subtle patterns in brain activity are signals that the person is aware but is physically unable to show it.

A study published in the New England Journal of Medicine found that an electroencephalogram (EEG), a machine that detects electrical activity in the brain, could find hints of hidden consciousness in one of seven people just days after a serious brain injury. And in patient follow-ups a year later, researchers say people who initially showed signs of hidden consciousness were more likely to recover.

When someone is unresponsive for days or weeks, doctors use a variety of tests to determine the likelihood of the person pulling through. But these predictions tend to be inaccurate, the researchers say — which isn’t a surprise considering we’re pretty much in the dark when it comes to understanding consciousness.

Consciousness, and how the brain creates it, is far from settled. Nevertheless, hidden consciousness is a growing field of interest among researchers. At least one study has found that a segment of patients who were outwardly vegetative had brain activity and connectedness similar to that of healthy, normal adults. But for some reason, they aren’t able to wake up. Tests for these invisible signs of consciousness could help doctors better direct their care in the future. If one thing is clear, it’s that hidden forms of cognition are strong predictors of recovery. But researchers haven’t settled on the best way to detect this gray area of consciousness in clinical settings.

Earlier this year, a research team found that fMRI could spot brain patterns that signal consciousness. But not only is fMRI expensive, it’s challenging to perform these tests on someone with a brain injury, who might not be clinically stable. Patients must leave the safety of the ICU, and potentially the hospital altogether, to be transported to an fMRI machine. But EEG testing, on the other hand, doesn’t come with these caveats. Because EEG measures brain wave patterns using small discs that are attached to the scalp with wires, the test can be performed at the patient’s bedside. EEG’s availability and lower cost give it an edge over fMRI when it comes to closely monitoring what’s happening inside the mind of someone who’s in a coma.

In the new study, researchers used machine learning to analyze EEG data collected from 104 unresponsive patients with brain injuries caused by hemorrhage, trauma, or oxygen deprivation. The algorithm looked for brain activity that indicated the person could understand instructions to move their hands. If the commands produced different patterns of brain activity, it indicated the unresponsive person maybe could understand the command but were unable to physically perform the movements.

The researchers say 15 percent of unresponsive patients showed signs of hidden consciousness within four days of their injuries. Among these patients, half improved and were able to follow verbal commands before being released from the hospital. A year later, 44 percent were able to function independently for up to eight hours a day.

Some people who didn’t show early signs of hidden consciousness also improved, but their outcomes weren’t as good. Around 26 percent of people who didn’t show such brain activity were eventually discharged from the hospital. Among this group, just 14 percent could function up to eight hours independently at their one-year follow up.

In both groups, around a third of the patients died at some point after sustaining their brain injury.

Though their initial results are encouraging, the researchers say more work is needed to better understand how EEG can be used to predict recovery across different causes of brain injury.

More From Discover
Health
CRISPR Gene-Editing Technology Enters the Body — and Space
Health
mRNA Will Do More than Conquer COVID
The Sciences
5 Top Breakthrough Medical Technologies and How They Changed The World
Health
This Patient Was Already Battling Organ Failure. Was He Having a Heart Attack, Too?
The Sciences
5 Interesting Facts About Chemist Percy Julian
Health
These Five Doctors Experimented on Themselves — And Made Big Breakthroughs
Recommendations From Our Store
My Science ShopDiscover STEM Kits
My Science ShopDiscover 2022 Calendar
My Science ShopStrange Science
My Science ShopElements Flashcards
Shop Now
Stay Curious
Join
Our List