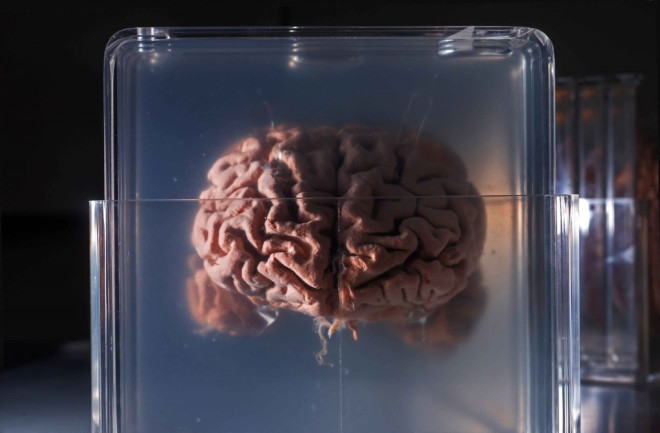 Some five ounces of clear fluid fills the spaces between your brain and your skull. This brain juice, or cerebrospinal fluid, cushions against injury, supplies nutrients and clears away waste. Your body can make as much as a pint of fresh stuff every day to replace the old.

But for 150 years, scientists have puzzled over how the used cerebrospinal fluid leaves the brain to make room for more. New research, published Wednesday in Nature, has finally deciphered this brain drain process. As a result, it’s also inching us closer to understanding Alzheimer’s and other neurodegenerative diseases.

South Korean scientists, led by Gou Young Koh, completed the puzzle by studying our immune system’s superhighway, dubbed the lymphatic system. They were able to trace the cerebrospinal fluid’s one-directional path in mice, from its origin in the brain into lymph nodes in the neck. The key conduit? Lymphatic vessels at the bottom of the skull, in the brain’s outer layers.

But by having a neurosurgeon on their team, the researchers could get close enough to identify what was so special about these bottom lymphatic vessels and see what makes them ideal for draining cerebrospinal fluid.

And these lymphatic vessels identified in the new research contribute to the slower flow. The researchers found that the vessels were much more branched in older mice, spreading out the cerebrospinal fluid instead of channeling it straight to the lymph nodes in the neck. The vessels were also bigger in diameter, which lowered the pressure and decreased the flow rate just like in bigger blood vessels.

“This finding might eventually enable the development of therapies that promote [brain and spinal cord] drainage to combat pathological processes in neurological diseases,” Taija Mäkinen, an immunologist not involved in the research, wrote in an accompanying commentary piece.

Koh and his team are now trying to replicate their findings in primates and humans. This work could lead to a drug that helps the body make more cerebrospinal fluid and also drain more of the old liquid, helping crack the current conundrum of Alzheimer’s disease.

Read More: Beta-amyloid and Tau: What Do These Proteins Have to do With Alzheimer’s?

More From Discover
Mind
Why Do We Hold On To Clutter?
Mind
Why the Human Brain Takes Decades to Develop
Mind
Research on Psychedelics and How Mushrooms Can Help Combat Depression
Health
Extreme Fatigue: 4 of the Longest-Lasting Sporting Events
Mind
Weed Might Not Make You Creative After All
Technology
What Is a Social Media Cleanse?
Recommendations From Our Store
My Science ShopDiscover STEM Kits
My Science ShopDiscover 2022 Calendar
My Science ShopStrange Science
My Science ShopElements Flashcards
Shop Now
Stay Curious
Join
Our List