Do shoes cause mental illness? And other strange papers from the archives. 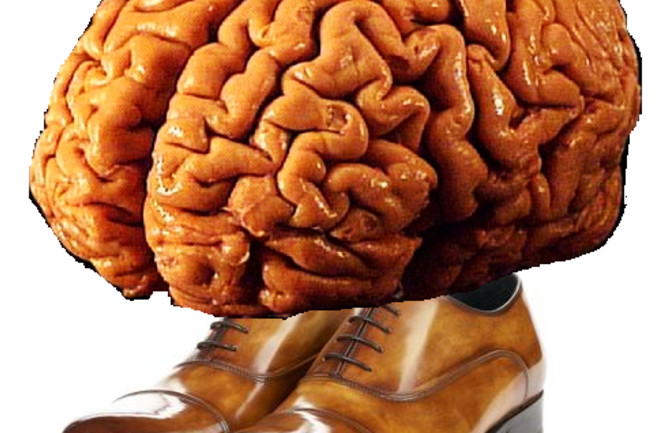 If you delve into the wildest depths of the scientific literature, you will find a trilogy of papers so weird, that they have become legendary.

The abstract of the first paper gives a good sense of Flensmark’s ideas:

A selective literature review and synthesis is used to present a hypothesis that finds support in all facts and is contradicted by none. Heeled footwear began to be used more than a 1000 years ago, and led to the occurrence of the first cases of schizophrenia. Industrialization of shoe production increased schizophrenia prevalence.

The neurobiological mechanism for this shoe-induced psychosis is said to be that:

During walking synchronised stimuli from mechanoreceptors in the lower extremities increase activity in cerebello-thalamo-cortico-cerebellar loops through their action on NMDA-receptors. Using heeled shoes leads to weaker stimulation of the loops. Reduced cortical activity changes dopaminergic function which involves the basal ganglia-thalamo-cortical-nigro-basal ganglia loops.

And so it goes on.

Unsurprisingly, Flensmark’s bizarre work has been a regular feature of ‘weird science’ compilations such as Improbable Research and many others. But did Jarl Flensmark really believe that shoes affect brain function, or was it all a joke?

While researching this post, I hit upon the idea that ‘Jarl Flensmark’ was actually a pseudonym, and that the shoe-papers were a parody. First off, Flensmark has no published papers, except the shoe-based ones. (His name appears on this 2012 article, but this is more of an open letter.) This struck me as unusual because the papers seemed fairly well written, suggesting that the author had prior academic experience.

I also noted that Flensmark listed no university affiliations: in all of his papers, a street address was given as his contact address.

The content and style of Flensmark’s work also made me suspect that it was a parody of modern psychiatric research. The careful mustering of lines of circumstantial evidence, and the solemn references to “basal ganglia-thalamo-cortical-nigro-basal ganglia loops”, seemed like a pastiche of a certain genre of psychiatry paper.

So I was all prepared to hit ‘Publish’ on this post and blow minds with my hypothesis that ‘Flensmark’ was a joke created by a disillusioned researcher in psychiatry. However, just before I did that, I found out that he is in fact absolutely real and he does believe all this stuff.

I found a Swedish news article from 2005, revealing that Flensmark was then a 67 year old ‘hobby researcher’ from Malmö in Sweden. It even featured a photo of the man himself. And he was serious:

“I’m not joking with people”: When Jarl Flensmark got his article published in the journal Medical Hypothesis last year, it had been rejected by 20 medical journals… “I will be mocked for sure, as unlikely as it sounds,” he says. It is difficult to explain that something that happens in the feet can affect the brain.

So my Flensmark-was-a-fake theory turned out to be completely wrong. Perhaps, in a sense, I was led down a garden path by my own hypothesis and ended up as a mini-Flensmark myself.