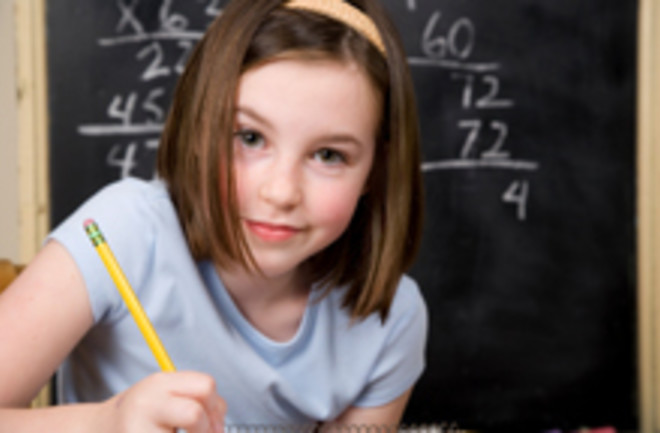 Researchers have more evidence that takes aim at the old stereotype that boys are better at math than girls. Psychologist Janet Hyde had previously studied scores on standardized math tests in the United States, and found no difference in performance between girls and boys. Her new study expands the scope of the work by analyzing international data. She and her colleague

analyzed studies from around the world on math performance along with gender inequality as measured by the World Economic Forum's Gender Gap Index. This index measures the gap between men and women in economic opportunity, educational attainment and other socioeconomic factors [LiveScience].

They found that countries with poor gender equality, like India, had a larger gender gap in math, while in countries with excellent gender equality, like the Netherlands, girls performed as well as boys. If males really did have an innate advantage in math, the researchers note, that advantage should be obvious throughout all these cultures. Instead, the study suggests that cultural issues are the basis of the math gender gap. The study, published in the Proceedings of the National Academy of Sciences, also tackled a more subtle stereotype: Even if girls and boys perform equally well in math on average, is it true that more math geniuses are male? That was the idea expressed by then-Harvard president Larry Summers in 2005 when he raised an uproar by talking about males' "intrinsic aptitude" for math. The researchers looked for evidence of such an imbalance, but found that in countries with the greatest gender equality, as many girls as boys scored above the 99th percentile--and in a few countries, there were more girls in that elite rank than boys. The

"scarcity of top-scoring females in many, but not all countries .. . must be largely due to changeable sociocultural factors,” the scientists write, “not immutable, innate biological differences between the sexes.” If the differences were innate, they should show up in every culture [Newsweek].

To erase the last remnants of the math gender gap, the researchers say that adults should tell all girls that they can excel at math, and should nurture girls who are especially gifted in the subject. Says Hyde: