Girls and Boys Are Equally Good at Math, Study Finds 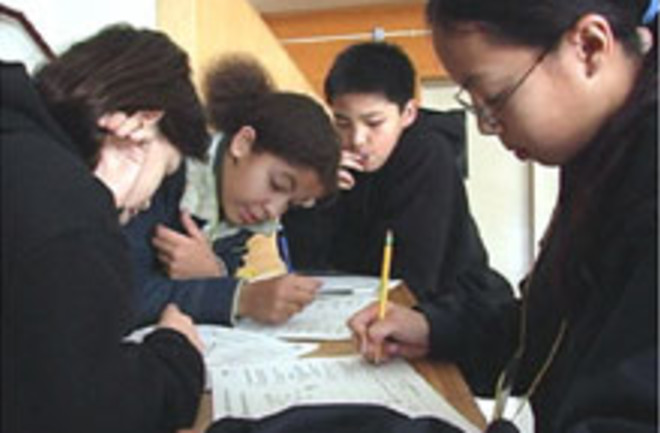 It seems that the long debate over whether boys are naturally better at math than girls can finally be put to rest. Researchers examined the standardized test scores of over 7 million students in grades 2 through 11, and found no difference in performance between girls and boys. They also checked to see if a gender gap appeared in high school, as had been shown in a study 20 years ago. But researchers found no difference in scores among today's students, which they attributed to an increased number of girls taking advanced math classes.

“Now that enrollment in advanced math courses is equalized, we don’t see gender differences in test performance,” said [study coauthor] Marcia C. Linn.... “But people are surprised by these findings, which suggests to me that the stereotypes are still there” [The New York Times].

The study, published in the journal Science [subscription required] seemed to shatter a myth at every turn. It

also undermined the assumption -- infamously espoused by former Harvard University President Lawrence H. Summers in 2005 -- that boys are more likely than girls to be math geniuses. Girls scored in the top 5% almost as often as boys, the data showed [Los Angeles Times].

Study coauthor Janet Hyde says that the persistent stereotype that girls aren't cut out for jobs in math, physics, and engineering may be the reason women are still underrepresented in those fields, as they may be counseled against pursuing those paths.

The next step, she says, is attracting more women to the graduate and career levels in math.... "What I am hoping is that as this cohort of girls, who are taking calculus in school, pass through the system, they will get more gender equity in the highest level research jobs in science and math," she says [Time].