"Layered Voice Analysis" (LVA) is a controversial technology promoted as a tool for helping detect stress and other emotions by analysis of the human voice. According to the company behind the method, Nemesysco:

LVA technology enables better understanding of your suspect’s mental state and emotional makeup at a given moment by detecting the emotional cues in his or her speech. The technology identifies various types of stress levels, cognitive processes, and emotional reactions that are reflected in different properties of the voice... it provides the professional user easy access to truth verification in real time or from recorded data, during face to face and over the phone, during a free or structured investigation session.

Long-term Neuroskeptic readers will remember LVA and Nemesysco from way back in 2009. That was when I blogged about the company's legal moves against two Swedish academics who had published a paper critical of LVA. That contentious article is still available online. 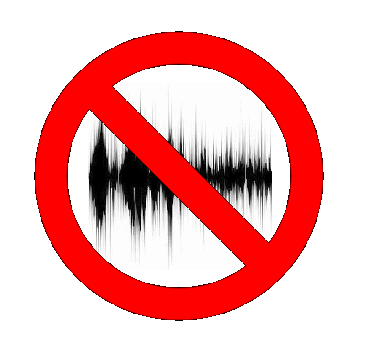 The Accuracy of Auditors’ and Layered Voice Analysis (LVA) Operators’ Judgments of Truth and Deception During Police Questioning.

The authors, led by Michigan Professor Frank Horvath, studied 74 suspects who were interviewed by the Michigan State Police. Audio recordings of the interviews were made. Which of the suspects were being deceptive? Two investigators used LVA (after receiving the manufacturer's recommended 40 hours of training) to try to judge deception from the records. Three other investigators just listened to the recordings, and formed an opinion based on their own intuition and experience. What's a bit iffy is that Horvath and colleagues used the results of a conventional lie detector - the polygraph - as the 'gold standard' of truth. The results showed that the experts' judgements of the truthfulness of the suspects agreed with the polygraph results more often than chance. By contrast, the authors report, LVA didn't. This means that either the LVA doesn't work, or the polygraph doesn't. Or both. The trouble is that the accuracy of the polygraph is itself controversial, so I'm not sure what to make of this. Luckily, though, there's more. Of the 74 suspects, 18 of them claimed in the interview to be innocent but later admitted their guilt. So (barring false confessions)

those 18 people certainly were lying in the interview. However, the LVA couldn't detect this

: on average, the two LVA operators got just 42% of them right. The experts, who didn't use LVA and just relied on their intuition, managed to score 70% correct. Although 18 is a small sample size, this is still evidence that, under realistic 'field' law enforcement conditions, LVA doesn't work. Horvath and colleagues also note another real-world study from 2008 showing that LVA couldn't detect lying among prisoners. Prisoners were asked whether they'd taken drugs recently, and then got urine tested to discover whether they really had. LVA failed to detect deceptive answers any better than would be expected by chance. So if these studies are right, the implications are worrying, given the widespread use of LVA for security purposes around the world. Just a couple of months ago, there was a minor scandal in the UK when a local politician resigned after leaking details of a local government's plans to introduce LVA to catch liars over the phone.