Moral Disgust May Have Evolved From the Response to Rotten Food 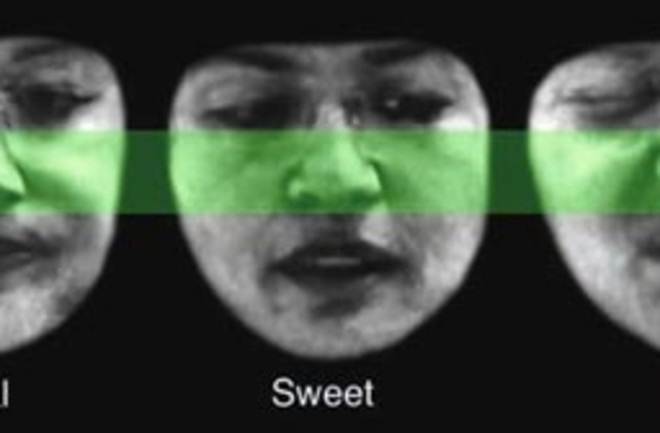 Being treated unfairly in a game triggers the same facial expression as stomach-turning tastes and images, a new study has found, suggesting that the brain mechanism of disgust evolved to help humans avoid not just rotten food, but also immoral behavior.

"Our idea is that morality builds upon an old mental reflex, said study co-author Adam Anderson.... "The brain had already discovered a system for rejecting things that are bad for it. Then it co-opted this and attached it to conditions much removed from something tasting or smelling bad" [Wired News].

In the study, researchers had volunteers taste beverages that ranged from sweet to neutral to horribly bitter, and showed them a range of images including sad scenes (of, for example, car crashes) and disgusting scenes (of filthy toilets and the like). They also had the volunteers play a game with a partner in which the partner decided how to split $10 between them, and the volunteer had to decide whether to accept the terms. The results, published in Science, showed that bad tastes, revolting images, and blatantly unfair offers in the game all provoked the same response. Study coauthor Hanah Chapman explains that the researchers

relied on electrical measurements of a facial muscle group called the levator labii, which runs along our cheeks. It wrinkles the nose and purses the lip. A previous study from Chapman's colleagues found that the levator labii muscles flex in response to disgust, but not anger. "It's really quite specific," she says [New Scientist].

The scrunched-up expression is a sensible response to a bad smell or taste, as it reduces odors and particles coming in through the nose and mouth. When new forms of social disgust evolved, that facial expressions may have simply tagged along with the brain mechanism. Chapman

speculates that moral revulsion evolved out of more primal forms of disgust to help people avoid untrustworthy individuals.... "Disgust is an avoidance mechanism at heart. It keeps you away from something that makes you sick" [New Scientist]

, she says. Related Content: 80beats: Smiles of Victory and Frowns of Defeat May Be Hard-Wired in Human Brains 80beats: Facial Expressions Provide an Evolutionary Boost DISCOVER: Why Darwin Would Have Loved Botox explore's his fascination with expressions DISCOVER: The Biology of Bitterness Image: Science/AAAS