Missing Out On Deep Sleep Causes Alzheimer's Plaques to Build Up 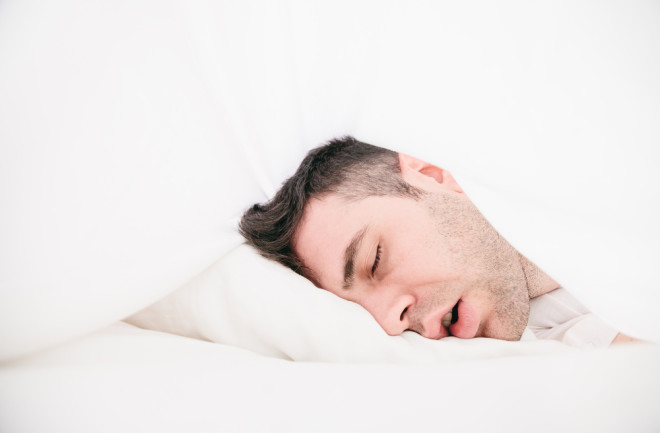 Getting enough deep sleep might be the key to preventing dementia. In a series of recent experiments on mice, researchers discovered that deep sleep helps the brain clear out potentially toxic waste. The discovery reinforces how critical quality sleep is for brain health and suggests sleep therapies might curb the advance of memory-robbing ailments, like Alzheimer’s disease.

“Alzheimer’s disease is a major problem for the patients, their families and society,” said Maiken Nedergaard, a neurologist at the University of Rochester Medical Center in New York, who led the new research. “Understanding how sleep can improve clearance of amyloid could have major impact on treatment.”

Cerebrospinal fluid churns through a system of brain tunnels piped in the spaces between brain cells and blood vessels. Scientists call it the glymphatic system. This system circulates nutrients like glucose, the brain’s primary energy source, and washes away potentially toxic waste.

And it may be the reason why animals even need sleep. The system takes out the brain’s trash when we’re asleep, and it shuts down when we’re awake. Nedergaard and her team were curious if the system works best and clears more waste — like Alzheimer’s causing beta amyloid plaque — when animals are in deep sleep.

To find out, the researchers used six different anesthetics to put mice into deep sleep. Then they tracked cerebrospinal fluid as it flowed into the brain. As the mice slept, the researchers watched the rodents’ brain activity on an electroencephalograph, or EEG, and recorded the animals’ blood pressures and heart and respiratory rates.

Mice anesthetized with a combination of two drugs, ketamine and xylazine, showed the strongest deep sleep brain waves and these brain waves predicted CSF flow into the brain, the researchers found. Their findings imply that the glymphatic system is indeed more active during the deepest sleep.

When the researchers analyzed the mice’s vital signs, they were surprised to find the animals anesthetized with the deep sleep drug combo of ketamine and xylazine also had the lowest heart rates, Nedergaard and her team report Wednesday in the journal Science Advances. The discovery means “low heart rate, which is a characteristic of athletes, is also a potent enhancer of glymphatic flow,” Nedergaard said. The results may explain why exercise buffers against poor memory.

The findings also have implications for people undergoing surgery. General anesthesia as well as long-term sedation in the intensive care unit is associated with delirium and difficulty with memory, especially in the elderly.

But most importantly, the research shows quality sleep is vital for brain health. “Focusing on sleep in the early stages of dementia might be able to slow progression of the disease,” Nedergaard said.

Read More: The Growing Science Behind a Fasting Treatment for Alzheimer’s