Do men and women differ in their cognitive capacities? It’s been a popular topic of conversation since as far back as we have records of what people were talking about. 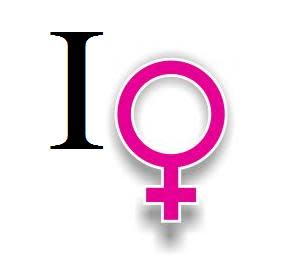 While it’s now (almost) generally accepted that men and women are at most only very slightly different in average IQ, there are still a couple of lines of evidence in favor of a gender difference.

First, there’s the idea that men are more variable in their intelligence, so there are more very smart men, and also more very stupid ones. This averages out so the mean is the same.

Second, there’s the theory that men are on average better at some things, notably “spatial” stuff involving the ability to mentally process shapes, patterns and images, while women are better at social, emotional and perhaps verbal tasks. Again, this averages out overall.

According to proponents, these differences explain why men continue to dominate the upper echelons of things like mathematics, physics, and chess. These all tap spatial processing and since men are more variable, there’ll be more extremely high achievers – Nobel Prizes, grandmasters. (There are also presumably more men who are rubbish at these things, but we don’t notice them.)

The male spatial advantage has been reported in many parts of the world, but is it “innate”, something to do with the male brain? A new PNAS study says – probably not, it’s to do with culture. But I’m not convinced.

The authors went to India and studied two tribes, the Khasi and the Karbi. Both live right next to other in the hills of Northeastern India and genetically, they’re closely related. Culturally though, the Karbi are patrilineal – property and status is passed down from father to son, with women owning no land of their own. The Khasi are matrilineal, with men forbidden to own land. Moreover, Khasi women also get just as much education as the men, while Karbi ones get much less. 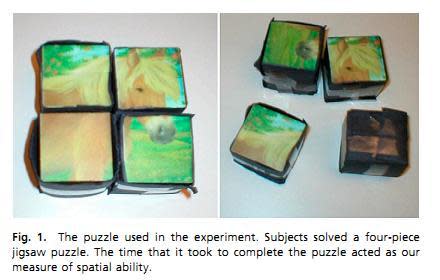 The authors took about 1200 people from 8 villages – 4 per culture – and got them to do a jigsaw puzzle. The quicker you do it, the better your spatial ability. Here were the results. I added the gender-stereotypical colours. 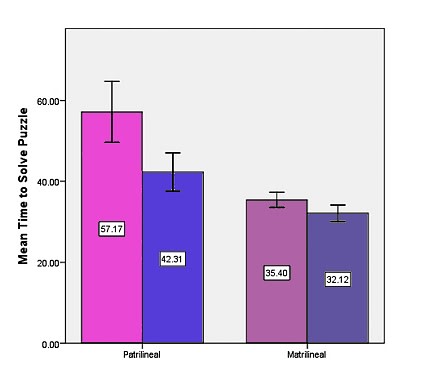 In the patrilineal group, women did substantially worse on average (remember that more time means worse). In the matrilineal society, they performed as well as men. Well, a tiny bit worse, but it wasn’t significant. Differences in education explained some of the effect, but only a small part of it.

This was a large study, and the results are statistically very strong. However, there’s a curious result that the authors don’t discuss in the paper – the matrilineal group just did much better overall. Looking at the men, they were 10 seconds faster in the matrilineal culture. That’s nearly as big as the gender difference in the patrilineal group (15 seconds)!

The individual variability was also much higher in the patrilineal society, for both genders.

Now, maybe, this is a real effect. Maybe being in a patrilineal society makes everyone less spatially aware, not just women; that seems a bit of a stretch, though.

There’s also the problem that this study essentially only has two datapoints. One society is matrilineal and has low gender difference in visuospatial processing. One is patrilineal and has a high difference. But that’s just not enough data to conclude that there’s a correlation between the two things, let alone a causal relationship; you would need to study lots of societies to do that.

Personally, I have no idea what drives the difference, but this study is a reminder of how difficult the question is.