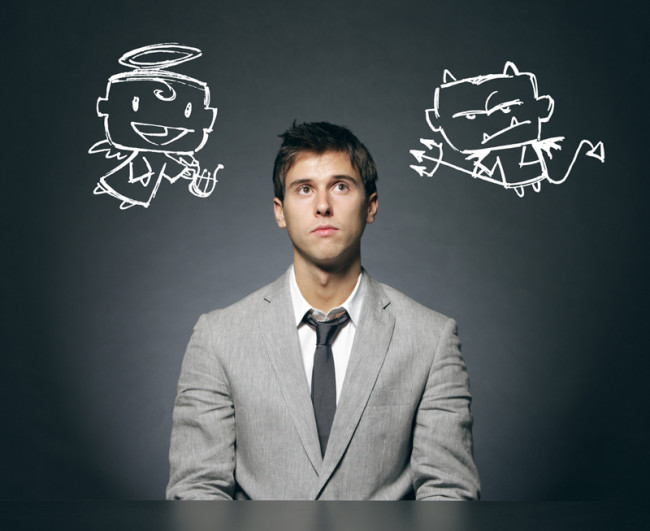 Most of us would agree that harming others on purpose and for no reason is immoral. Social scientists have long assumed that marketplaces are to blame for many a compromised moral. There's no shortage of historical examples: take the slave trade, or buying indulgences from the church, for instance. Now science has weighed in to confirm this hunch: a marketplace degrades a person's morals. That was what German researchers found in an experimental set-up that put people's morals up against money in a market. The researchers split participants into three different groups that represented different market-type situations. In the first group, participants were presented with two options: A) receive 10 euros (about $13) for accepting the death of a lab mouse, or B) forgo the money and save the mouse's life. (The mice in question were young and healthy but had failed to exhibit certain genetic traits, so they were no longer of use to the lab.) Before making the decision, participants were shown a picture of a mouse and a video of the euthanizing process that would be used to kill the mouse. Of the 124 participants in this group, 46 percent said they would accept the mouse's death in exchange for €10 or less. A second group of 72 people participated in a bilateral market scenario, where one buyer and one seller interacted directly. The seller was given a mouse and told "the life of the mouse is entrusted to your care," but he could sell it to the buyer, in which case the mouse would be killed. The buyer and seller could settle on a price of up to €20; the buyer got to keep the difference. If they decided not to trade, neither person got any money and the mouse was allowed to live. In this second set-up, 72 percent of the sellers were willing to sacrifice the mouse for the money. The third group was a multilateral market---seven buyers and nine sellers that could trade amongst themselves. As with the two-way market, 76 percent of sellers in this third group chose to accept the money (a mere €10 or less) despite the inevitable death of the mouse that would result. Thus in a marketplace people on average valued the mouse's life less than they did when individually asked. This is evidence, say the researchers, that market interaction lowers moral values as compared to individual actions. This was confirmed when the experiments were run again but with coupons instead of mice (the side effect being losing the coupon instead of killing the mouse). With a non-living subject, market sellers gave up the coupons about as often as participants acting individually, indicating that the marketplace effects moral values but not neutral decisions. The results

were published in Science last week. The researchers have a few ideas about why markets may have such a negative effect on morality. In markets, since multiple people are interacting, the responsibility (and the resulting guilt) are shared and therefore lessened. The death is not wholly on any one person's conscience. Markets are also a social endeavor, so social norms play a key role. Participants' decisions may be swayed by how other participants act when determining what is appropriate. The third reason is simple distraction. When you're so focused on the nitty gritty negotiation, you may not have the bandwidth to think about the moral implications of your decisions. Whatever the reason, the researchers say the outcome is clear: markets make us more willing to fudge on our moral values. Image courtesy of Stokkete/Shutterstock