Lying to Yourself Helps You Lie to Others

The science of self-deceit is more than a matter of evolutionary curiosity. Sometimes, it's a question with life or death consequences. 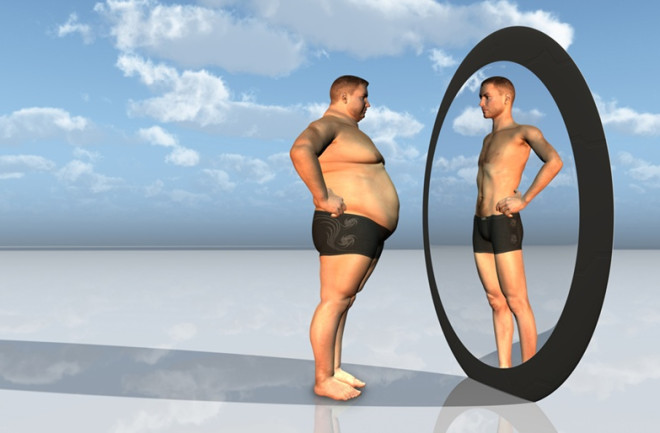 [This article originally appeared in print as "The Better to Fool Others."]

Why do we lie to ourselves?  That’s what evolutionary biologist Robert Trivers has spent 30 years trying to figure out.

“Our sensory systems are organized to give us a detailed and accurate view of reality,” he says, “but once this information arrives in our brains, it is often distorted and biased to our conscious minds.” We repress painful memories, create false ones, rationalize immoral behavior and jack up our self-esteem. We deny ourselves the truth.

Trivers, a professor of anthropology and biological sciences at Rutgers University in New Jersey, is not as well-known to the public as, say, Harvard’s Steven Pinker or E.O. Wilson. Evolutionary biologists, however, put him in a class by himself.

Pinker has called him “one of the great thinkers in the history of Western thought.” In the early 1970s, Trivers did for evolutionary biology what Einstein did for physics: He revolutionized the field with a handful of brilliantly original papers that reshaped the research agenda for decades.

The task he set was to construct a theory of social behavior based on natural selection. And his landmark papers went a long way toward explaining how parents behave with children, and males with females, and how we differentiate between people like us and others whom we see as different.

But one problem remained — the problem of self-deception. Trivers found that one difficult to explain.

According to the principles of natural selection, we wouldn’t have that curious ability unless it gave our ancestors a competitive edge. What, Trivers wanted to know, is that competitive edge? What do we gain by deceiving ourselves?

In his latest book, The Folly of Fools: The Logic of Deceit and Self-Deception in Human Life, Trivers wanted to shake up evolutionary biology once again. After three decades of pondering how self-deception might have given our predecessors an evolutionary advantage, Trivers has come up with a theory: We often deceive ourselves because it then becomes easier to deceive others.

He begins by reviewing the research on self-deception. One way we lie to ourselves, he learned, is by seeking information selectively. In one experiment, he reports, people were told they were likely, or unlikely, to be chosen as a prospective date.

In another experiment, researchers assembled a group of people who strongly supported or opposed capital punishment. Everyone was then presented with facts supporting both positions. The result? The people became even more strident in their views.

Trivers turned to a personal example when studying another form of self-deception: false memories. For years, he says, he told the story of how he had gone “deep into the bowels” of Harvard’s library to find a book by his father about what should be done with Nazis “too unimportant to be hung at Nuremberg.” Later, upon further checking, Trivers realized that he must have made up the book, and thus the story. “No such book exists,” he writes.

Women and men also tend to deceive one another during long relationships. Couples last longer “if they tend to overrate each other compared to the other’s self-evaluation.” They also tend to deceive themselves about how bad the past was, compared with their more positive evaluations of their relationship now. If you think your spouse has improved, in other words, the one who has changed might be you.

The good news for our species is that self-deception can play a key role in what evolutionary biologists refer to as “reproductive success” — what the rest of us refer to as courtship and sex. “In humans, female choice usually focuses primarily on a male’s status, resources and willingness to invest,” as well as attractiveness, which could be a sign of good genes, Trivers argues.

Males more adept at deceiving females regarding these attributes are more likely to have sex — or, rather, reproductive success. That seems like a good thing: They have more offspring, all of whom carry genetic traces of their parents’ penchant for deception.

That is not, however, the end of the story. Trivers is careful to note that self-deception is not always beneficial. Natural selection shapes individuals with respect to reproductive success, but that success sometimes comes at a cost. If self-deception goes too far, it can turn against us.

Consider what happens when this deception occurs in an airplane cockpit. On Jan. 13, 1982, Air Florida Flight 90 took off from Washington, D.C.’s National Airport and crashed, moments later, into a bridge, landing in the Potomac River and killing 74 aboard. While accelerating, the pilot noted instruments that suggested the plane did not have enough speed for takeoff. He didn’t believe the instruments.

We don’t know why he acted that way, but it’s clear that some kind of deception was involved — he did not accept, at face value, the information flowing into his brain. It simply couldn’t be right, somehow, so he rejected it. That bit of self-deception was responsible for the loss of those lives.

Such self-deception can occur institutionally, too. Trivers says it was responsible for the loss of the Challenger and Columbia space shuttles. NASA’s leaders persuaded themselves to ignore warnings issued by the scientists deep within the bowels of the place — self-deception with fatal consequences. Even decisions to go to war, which can cost tens of thousands of lives, are often made in a cloud of self-deception, he argues.

Certainly, Trivers’ study of self-deception has important policy implications, not only for airline pilots, NASA execs and commanders in chief, but also for many others in positions of responsibility. Decisions that can affect thousands or millions of people should be as free of self-deception as possible, Trivers argues.

And so should the decisions we make in our personal affairs. “I do not believe in building one’s life, one’s relationships or one’s society on lies,” he says.

“We can choose whether to fight our own self-deceptions or indulge them,” Trivers says, as difficult as that choice might be. “I choose to oppose my own, with very limited success so far.”