Love Is a Many-Splendored Painkiller 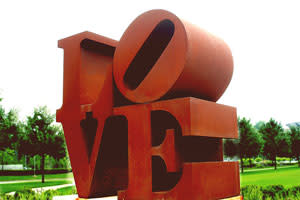 Artists and storytellers devote much time to showing the wondrous powers of love. And it seems that scientists are also attuned to studying love, and through such studies they’ve made an interesting discovery: love may shield you—at least partially—against pain because of the feelings of safety it provides. In the new study published in the Proceedings of the National Academy of Science

, psychologist Naomi Eisenberger of the University of California, Los Angeles and her research team investigated how women in long-term relationships respond to pain while viewing pictures of their partners. The researchers scanned the women’s brains with an fMRI

while jolting them with stinging shocks. As they were zapped, the women looked at photographs of their partners, strangers, or unrelated objects (like chairs). The researchers put a 20-point pain scale on the different images, and asked the 17 women to rate their pain after each shock. As the researchers expected from their previous research

, the women claimed less pain when they looked at pictures of their partners (their pain ratings for strangers and objects were roughly the same). The team checked these ratings against the fMRI scans, and saw that they correlated with activity in brain regions associated with pain. But they also noticed that partner images elicited responses in the women’s ventromedial prefrontal cortex

, a region of the brain that’s been associated with feelings of safety

—the greater the brain response, the lower the pain. Moreover, this brain region was more active in the women who have been in their relationship longer and perceived greater support from their partner. Eisenberger stresses that these results should extend to men as well. “People might speculate that women would be more sensitive, but these processes are just as critical to men,” she told Wired

. But don’t worry if you’re new to the relationship game; you won’t have to wait to use your passion as Ibuprofen. Past research showed that young love lights up the reward system in your brain

, which can also reduce pain. The moral of the story: Next time you visit the dentist, make you bring along a picture of your honey-boo. (via Wired