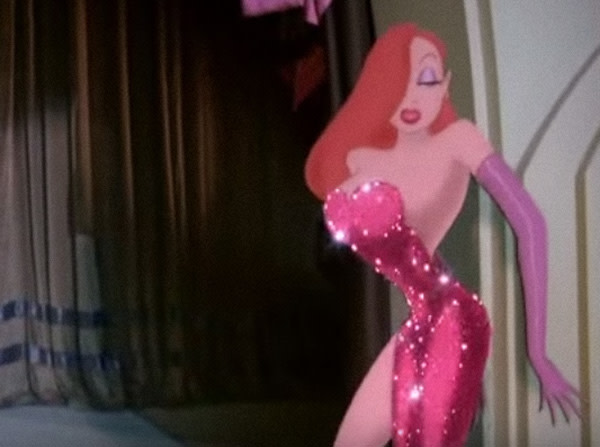 When the new release accompanying a science paper immediately alludes to lap dances and twerking, attention must be paid. That doesn’t happen all the time. And, incredibly, the study in question, which appeared last week in Evolutionary Psychological Science paper, actually lived up to the hype! It really does mention “female erotic lap dancers” and “twerking, which appears to be a simulated copulatory act, performed while dancing,” all in the service of mathematically determining just how sexy an arched back is. We get it; it's not curing cancer or devising methods to travel to deep space, but who are we to determine which questions are worth asking?

Let’s back up a moment. Biologists have long known that many mammals, from ferrets to primates, curved their spine a certain way when they were ready to procreate. That curve, the lordotic posture, also occurs in human women, when their hips pop out a little more and the lower spine curves toward the belly—too much curve, however, can be a problem. Perhaps, wondered study leader Farid Pazhoohi of the University of Minho in Portugal, when women took on the posture, it was a signal they might be up for some action? To test this, Pazhoohi’s team gathered 82 undergraduate men and women and showed them the upper bodies of six computer-generated women with differing back postures, and each in three viewing angles (front, side, behind). Amusingly, they used a simple sine wave (y = a*sin(x)) to model the back curves on their CG models, keeping the a variable within actually possible body shapes.

I only read Evolutionary Psychological Science for the articles, honest! (Credit: Pazhoohi, et al.) Each of the 82 participants (heterosexuals all, the study points out) rated which models were most attractive, using the 1-10 scale, natch. The researchers also tracked subjects’ eye movements, which the paper notes is “considered a robust method to study human physical attractiveness.”

And what were the results? Pretty much what you’d expect. Curvier backsides did indeed get higher marks. The front side view, which didn’t show off the goods quite as much, got the lowest relative scores. Men overall rated everything more highly. The eyeball tracking backed this up mostly, with all participants generally staring longer at the models’ backsides, though men seemed to linger on the hips while women focused on the waist. So yes, basically, everyone apparently finds arched backs more attractive. Pazhoohi and colleagues argue that this is consistent with their hypothesis that a nice curvy back is an indication that a human female is ready for procreation, though they stop short of stating it outright. Still, it looks like the arched backs aren’t the only ones ready for a stretch here.