Long Series of Tests Turn Teachers Off, Too 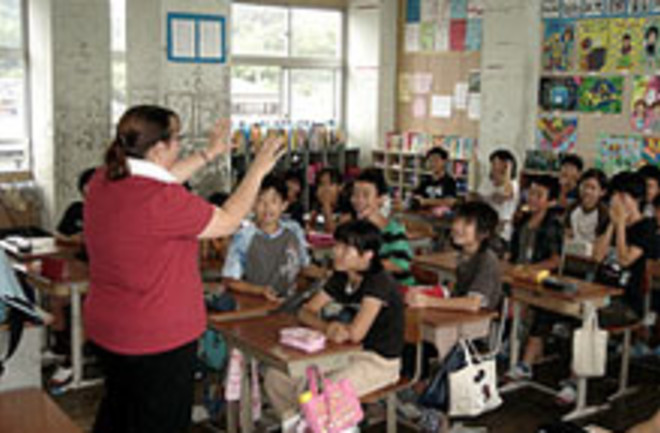 We sometimes hear that the solution to America's struggling public schools is to raise the entrance standards for teachers so that only the best candidates get hired. But according to a study by MIT and University of Chicago economists, all the extra tests and paperwork are having the opposite effect—rather than drawing good applicants, they're driving qualified ones away. The problem, says MIT economist Joshua Angrist, is that teachers are forced to jump through a lot of hoops in order to land a job that doesn't pay very well. As part of the Massachusetts Tests for Educator Licensure, he says, Massachusetts teachers have to pass tests in every subject area, not just their own, but the test are available only six times a year. And states are free to set their own standards for teacher certification, so if a teacher moves they might have to endure the whole process again. Economists love to remind you that there's more to costs than just money—there's time, emotional drain, and more—and Angrist says people expect to be compensated for paying those extra costs to get a particular job. It's just like achieving an advanced college degree—all that extra time and sweat ought to get you something, or you wouldn't do it in the first place. Research shows people still make more as they climb the education ladder, and they know it. The best candidates are more likely to pass the battery of teaching tests. But those people could make much more money doing something else, and without all the hassles. The real winners, Angrist says, may be private schools that attract great teachers who want to circumvent the whole state certification system, though researchers haven't seen an achievement gap yet in standardized tests. So if you really want more good teachers in public schools, the hassle of getting the job has to come more in line with the salary. That means either lowering the entry requirements, or paying teachers more, not continuing to pretend that anyone qualified to teach America's children ought to somehow be above the gritty rules of capitalism. As your economics teacher could have told you, rarely do you get something for nothing.