Lightning, the Mind, and a World Before Scientists 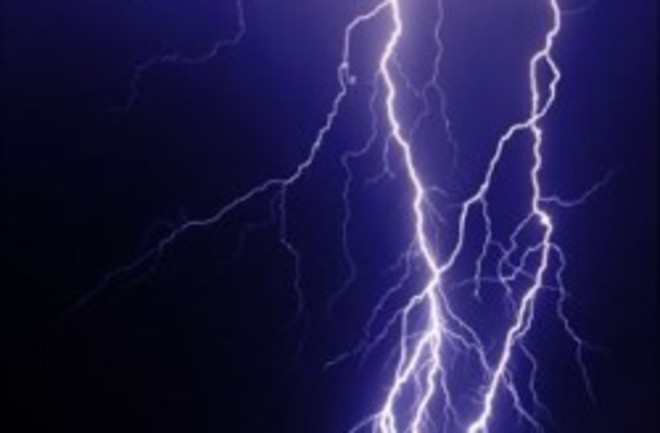 Before 1833 there were no scientists.

It was in that year that William Whewell, a British philosopher, geologist, and all-around bright bulb, coined the word scientist. His mentor, the poet Samuel Coleridge, thought the English language needed a term for someone who studied the natural world but who did not inhabit the lofty heights of philosophy (like Coleridge).

There are plenty of people who lived before 1833 that most of us would call scientists--Isaac Newton, Antoine Lavoisier, Edmund Halley, Carol Linnaeus to name just a few. But the word would have been meaningless to them. The closest term they might use was "natural philosopher." Their work and ideas were still deeply rooted in medieval ways of thinking about the world, and about the work they did.

Science did not emerge suddenly in a sudden onslaught of Modern Reason crushing Old Ignorance. Its rise was much slower and much more interesting. One of the most important parts of science as we know it is a way for people to share their observations and experiments. Today peer-reviewed journals are at the core of the scientific process. But until the seventeenth century, nothing like them existed. Natural philosophers generally were more interested in what the ancient Greeks and Romans had to say about medicine, physics, and biology, than what they might observe for themselves. In 1665, a group of natural philosophers in England got together and decided to publish what is arguably the first scientific journal: the Philosophical Transactions of the Royal Society of London.

It's still going strong today, putting out a lot of important papers. And for the next couple months, the Royal Society is making the entire archive--all the way back to 1665--available for free.

In a press release, the Royal Society pointed to some particularly neat papers, such as Ben Franklin's 1752 description of flying a kite in a thunderstorm. But I immediately looked up a much older paper about lightning from 1666, entitled "A relation of an accident by thunder and lightning, at Oxford."

I first came across this paper a couple years ago while working on my book Soul Made Flesh. In the book, I describe how natural philosophers discovered how the brain works in the 1600s. I focus mainly on Thomas Willis, widely considered the first neurologist. Willis did astonishing work, recognizing some of the fundamental features of the brain--that the flesh of the brain itself was the seat of thought, for example, rather than the spaces around it, known as ventricles. Willis published the first accurate pictures of the brain, in the first book about the brain. He argued that melancholy, epilepsy, and nightmares were all chemical disturbances in the brain. He even coined the word neurology.

For all that, however, Willis was still floundering in the dark. He had no idea of how the brain communicated with the rest of the body. He laid out an elaborate theory about how particles ("spirits") moved around in the brain and then traveled down the nerves. But he had no actual evidence for this idea. And he knew nothing about electricity.

The communication recounts how Willis and his colleagues dissected a man killed by lightning. The bolt had thrown its victim, an Oxford scholar, out of the boat he had been rowing. When the scholar's body was brought back to town, Thomas Willis came to see it along with his assistant Richard Lower and the mathematician John Wallis, who later wrote the . They picked up the man's hat and put their fists through the hole the lightning had torn. His doublet had been ripped open and his buttons knocked off. Willis and his friends found spots and streaks across the torso where the skin seemed to be seared and hard, "like Leather burnt with the fire," Wallis later wrote to the Royal Society.

The following night Willis and company returned, along with a crowd of onlookers, to cut the man open. "The whole Body was, by night, very much swell'd," Wallis wrote. The stench that rose from the body was unbearable, but they soldiered on because such an opportunity might not come again in their lives. "There appear'd no sign of contusion," Wallis wrote, "the brain full and in good order; the nerves whole and sound, the vessels of the brain pretty full of blood." They opened the man's chest and found that the burns did not reach below the skin. "The Lungs and Heart appear'd all well, and well-colour'd without any disorder," Wallis wrote. The heavens had struck the man dead, and yet the natural philosophers could find nothing changed inside the body.

It would take Benjamin Franklin and other eighteenth century scientists to begin working out the nature of electricity, and to recognize its role in the nervous system. But I still like to picture Willis puzzling over a cadaver, not realizing that the man had been killed by the same thing that made thought possible.

Here are some other landmark papers you can find in the archives...get them while you can.

The Complementary Structure of Deoxyribonucleic AcidF.H.C Crick and J.D Watson - 1954

On the Hoyle-Narlikar Theory of Gravitation S. W. Hawking - 1965

An Account of an Experiment Made by Mr. Hook, of Preserving Animals Alive by Blowing through Their Lungs with Bellows Robert Hooke - 1667

An Account of a Very Odd Monstrous Calf Robert Boyle - 1665