Life During Wartime: Can Mental Illness Be a Rational Response? 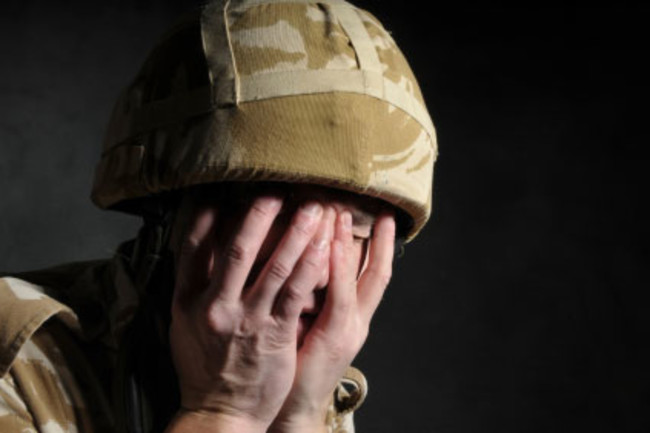 was a US Marine who signed up for service in the Vietnam War to "accelerate my progression toward being considered a man.” But after his tour of duty he ended up as veteran protesting against the war, stunned

by the psychological impact on himself and his fellow soldiers. He began to investigate the symptoms of his fellow veterans and, along with other anti-war psychologists and psychiatrists, proposed

a disorder called "post-Vietnam syndrome" where veterans carried emotions of the war with them despite being safely back on US soil. In fact, various forms of combat stress had been recorded during previous wars, from "disordered action of the heart" diagnosed

in the Boer Wars to the dramatic symptoms

of shell shock and war neurosis from the First World War. The concept caught on

and appeared, in a demilitarised form, as "post-traumatic stress disorder," a mental illness where an earlier trauma causes the person to have a sense of current threat characterised by flashbacks, intrusive thoughts, avoidance of reminders, and anxiety. And here lies the paradox. Researchers have noted

that "PTSD is classified as an anxiety disorder. Within cognitive models, anxiety is a result of appraisals relating to impending threat. However, PTSD is a disorder in which the problem is a memory for an event that has already happened.” After all, if you feel threatened with good reason, almost by definition, this isn't a mental illness. So if someone remains in danger after a life-threatening incident, does the concept of "post-traumatic stress disorder" even make sense? As the diagnosis relies largely on totalling up symptoms in a checklist

-like fashion, it is possible to diagnose someone with the condition in almost any circumstance. But no one knew whether treating it in people who are still in grave danger would be any use. Until now that is. In Southern Thailand, 3,000 people have been killed since 2004 by anti-government extremists who regularly target

schools, health workers and other civilians. Victims of past incidents run a real risk of being involved in further attacks. A feeling of impending danger would, by any standards, be considered reasonable. Psychologist Richard Bryant

with a group of Thai colleagues to see whether it is possible to successfully treat PTSD in a group of terrorism survivors who remain at high risk of further attacks. The treatment of choice is a form of psychological intervention called "cognitive behavioural therapy" or CBT

where a survivor and a mental health professional work together to modify the assumptions and behaviours that maintain the sense of disabling fear. Bryant and his team recruited a group of patients with terrorism-related PTSD and treated half with standard medical management and half with a modified form of cognitive behavioural therapy to take into account the high level of ongoing risk. Rather than looking at how certain reactions and thought patterns encouraged fearful responses to a largely safe environment, as they would with someone well out of harm's way, they focused on developing skills to evaluate the likely risk of being harmed and how to recognise the benefits of accepting a level of risk in order to allow day-to-day functioning. For example, going to the market to buy food despite the possibility of attack. Despite the seeming contradiction of diagnosing and treating PTSD in a high risk environment, the therapy had a clear and positive impact. Patients treated with the risk-aware cognitive therapy were more likely to be able to return to normal level of functioning and prevent the fear from incapacitating them. We could say, from the results of this study, that the clinical concept of PTSD is useful even when a threat remains, but this raises the challenging issue of whether it is ethical to treat someone to enable them to put themselves in further danger---however carefully they can evaluate the risks. Part of the definition of a mental illness involves drawing a line between what is considered within the range of normal emotion and behaviour and what is considered to be pathological. The application of PTSD to people who remain in constant danger blurs that line and raises the question of how much the definition of mental disorder depends its context to make sense. Vaughan Bell is a clinical and research psychologist based at the Institute of Psychiatry, King's College London and currently working in Colombia. He's also working on a book about hallucinations due to be out in 2013.

Do You Smell Your Romantic Partner's Clothes? You're Not Alone