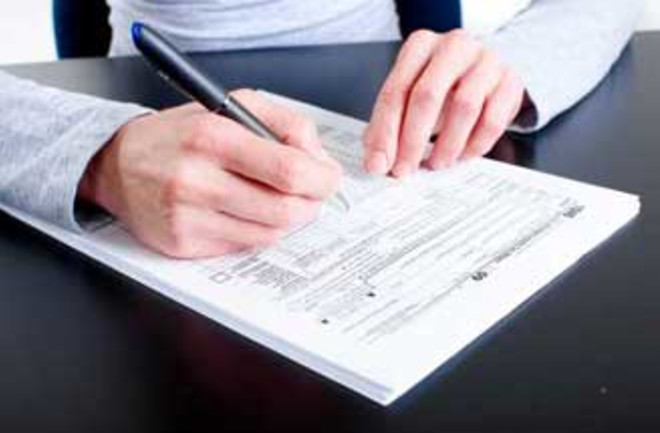 Many official forms require that you sign your name at the bottom to signify that you have, to the best of your knowledge and ability, supplied honest information. But if you really want people to be honest, a recent study in PNAS suggests, it's better to have them sign their names at the top of the form instead, before they fill in anything else. Having people sign the top of a form made them less likely to cheat when reporting how much money they'd earned in a simple experiment, the researchers found, or when claiming travel expenses for their trip to the lab; people who signed in the usual spot at the bottom of the form were, statistically, just as likely to cheat as those who didn't have to sign the form anywhere. The scientists then put the idea to a real-world test, collaborating with an insurance company to send out more than 13,000 forms to people applying for car insurance; some forms asked applicants to sign at the top, while others asked them to sign at the bottom. Those who signed the form at the bottom reported their cars had over 2,400 fewer miles on them, on average, than people who signed the forms at the top. While the researchers couldn't double check the forms against applicants' odometers, such a noticeable difference between two large groups suggest that the people who signed the form in the usual spot might have been saying their cars were a bit less well-traveled than they actually were to get lower insurance premiums, the researchers say, while those who signed the forms before filling out their information may have been more honest. People are often dishonest in little ways on forms, rounding numbers in a beneficial direction or failing to mention a relatively small item as part of a larger list. If they sign a form once they've done all that, they don't go back and correct it; instead, they've already woven a story to themselves---consciously or not---about why what they did was perfectly fine. "When signing comes after reporting, the morality train has already left the station," the scientists wrote. But having people sign their names, earlier work has shown, can serve to make people more aware of themselves---and most people don't think of themselves as cheaters. So if people sign their names first, then fill out the form, they're more likely to have their own high standards in mind, and thus more likely to honestly report their own income, expenses, or mileage.