Many people believe that they have a dominant learning style, and that it’s tied to academic and career success. But the science to support this theory is weak. 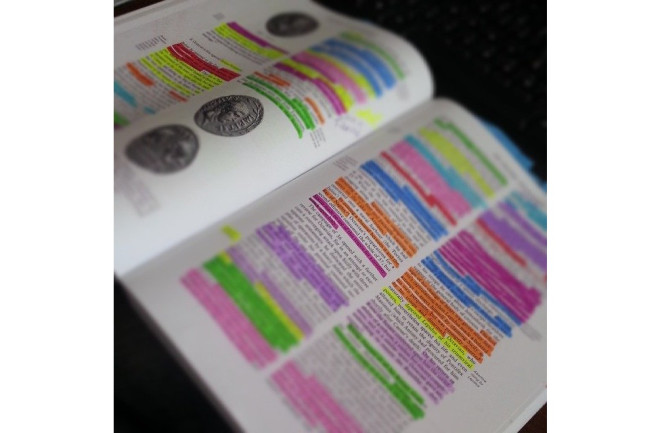 Teaching trends come and go, but one theory has persisted for decades, having earned a foothold in our culture: the concept of learning styles. The idea is that people learn material better when it is taught in a way that suits their individual strengths. While there is no agreed-upon definition of learning styles, there are generally some similarities across the different iterations. VARK is the most widely-cited.

The acronym stands for visual, aural, reading/writing, and kinesthetic — the primary sensory modes of learning information. According to VARK, some people purportedly learn best by reading material, while others are more visually-oriented and must see something to understand. Others might fall into the auditory learning subtype, meaning they tend to comprehend material by listening to instruction. There are also kinesthetic learners, or those who learn best through hands-on activities.

Learning style theories had their heyday in the 1990s, when Beth Rogowsky was just starting as a middle school teacher.

“If my students didn’t understand the material, if they couldn’t read it, they would listen to it; whatever they would prefer, they would do,” says Rogowsky, who is now an associate professor of teaching and learning at Bloomsburg University in Pennsylvania.

But there's a problem with preferred learning styles: They don’t always seem to help children retain information or understand concepts any better than when presented via non-preferred methods.

Rogowsky says the idea of using learning styles emerged in the 1980s as different researchers voiced their support, but few actually tested their concepts to confirm the validity in randomized, experimental settings. In the 2000s, when researchers started to do just that, they found little evidence that matching students to their supposed learning style helps them retain information better.

Rogowsky herself has confirmed that learning styles don’t hold up in her recent studies of the field. In one study published in Frontiers of Psychology this year, Rogowsky and her colleagues tested fifth-graders with preferred auditory and visual learning styles. Students were given standardized reading tests, in both written and audio formats. According to the learning styles hypothesis the team used, the visual learners would have higher reading comprehension scores. What the team uncovered did confirm this, as the visual learners did in fact score higher overall on the comprehension tests than the auditory learners. But the team didn't uncover a relationship between their preferred learning styles and academic performance, Rogowsky says. Both groups simply did better on the test when they listened to the material rather than reading it.

The team’s study noted that a preference to learn material using a certain method could mask skill deficits. Someone who prefers to learn by listening instead of more visual approaches might just have underdeveloped reading skills. Letting students learn in their preferred manner doesn’t push them to improve weaker skill sets, Rogowsky says.

“If you need to improve your skills, you don’t just keep doing what’s easy to you,” she says. “If you aren’t able to do a good job reading and comprehending, you don’t [avoid] reading to comprehend, you need to actually work on being able to read.”

Two Sides of the Myth

Despite having little evidence to support it, the concept of learning styles is still very popular. Shaylene Nancekivell, an assistant developmental psychology professor at the University of North Carolina at Greensboro, has surveyed how people think about learning styles. This is a complicated endeavor because there isn’t a set definition of the term. “When people say the words ‘learning styles,’ they can mean a ton of different things,” Nancekivell says.

Those who believe in learning styles usually fall into two groups. One half believes that using the right learning style could help outcomes in the classroom, but that they don’t represent an essential component of how someone’s brain functions, she says.

The other half “strongly believes in the myth” of learning styles, Nancekivell says. They might think that learning styles are manifestations of different brain wiring, and that a person’s learning style has an impact on their life and what jobs they may be suited for. This is sometimes called psychological essentialism — or seeing your brain function as destiny.

Though more research is needed on the detrimental effects of belief in learning styles, Nancekivell says this way of thinking could limit people. For instance, people who think they are hands-on learners might not think they have the ability to handle certain careers or be suited for higher education.

“The problem with putting people in these really strict buckets, is that then you start to think these buckets are maybe predictive of certain kinds of educational or life outcomes that you can’t necessarily control,” says Nancekivell.

At the end of the day, the concept of teaching material in different ways might promote learning — but it doesn’t say anything about the individual’s capabilities.

“People have had to learn in the way that’s best for that particular material,” says Nancekivell. “Getting information in more than one way tends to be best.”