The exaggerated speaking style, not baby talk, can help your child learn to speak. 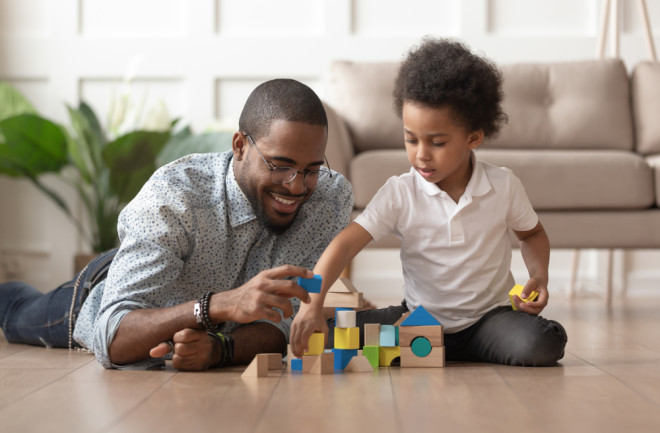 Don’t worry, you’re not being patronized; that’s just an example of “parentese.” It's a speaking rhythm we all seem to fall into — even those of us with no children — when speaking to infants.

The unique inflection combines simple wording, exaggerated sounds and changes in pitch to command a baby’s attention. It is widely used in cultures across the world.

And recent research suggests that speaking parentese to your baby can give their language development a serious boost. In a study published this week in Proceedings of the National Academy of Sciences, researchers found that teaching parents how to speak proper parentese enhanced their ability to communicate with their infants — and even improved the children’s long-term language skills.

When you think of “baby talk,” cutesy — and sometimes gag-inducing — phrases like “goo goo ga ga” and “footsie wootsie” might pop into your brain. But parentese is distinct from conventional baby talk, which mostly relies on silly sounds and made-up words.

In the 1960s, scientists studying speech patterns across different languages noticed a unique style that adults used when addressing young children. This patois was characterized by simple words and grammar, elevated pitch and a much slower tempo with elongated vowel sounds. The infant-directed speech was first dubbed “motherese” before evolving to the gender-neutral “parentese.”

Some studies found infants actually preferred parentese when given the option between the simplified speaking style and standard, adult speech. But even if young children like it better, scientists began to wonder if it actually did anything for them.

Later research showed parentese is grammatically correct, with real words and phrases, and that the elongated sounds helped infants differentiate between words and process what was being said.

“We’ve known for some time that use of parentese is associated with improved language outcomes,” said Patricia K. Kuhl, the study’s senior author, in a press release. “But we didn’t know why. We believe parentese makes language learning easier because of its simpler linguistic structure and exaggerated sounds.

“We now think parentese works because it’s a social hook for the baby brain,” she said. “Its high pitch and slower tempo are socially engaging and invite the baby to respond.”

In 2018, Kuhl and her colleagues at the University of Washington published a study that showed knowing how, and when, to speak parentese can help parents improve their babies’ vocabulary. When parents were coached in proper parentese, their children were more verbal and knew more words by 14 months than those who were not.

In the new study published this week, the research team focused on the long-term outcomes of teaching parents how to talk with their children. How much had these one-on-one coaching sessions actually helped them boost their baby’s babbling?

All 71 families in the study had their children outfitted with a special vest with a lightweight audio recorder built in. During four separate weekends when the babies were 6, 10, 14 and 18 months old, the researchers captured all of the interactions between family members and the infant. The 48 families who were randomly selected for a crash course in parentese learned about its cognitive and social benefits, as well as ways to pepper more parentese into conversation.

And even though all of the participating families used some form of parentese at the start of the study, the babies of parents who received coaching showed the most improvements in their conversation skills. Beyond that, those babies had a 100-word vocabulary compared with the control group, who only knew 60 words at 18 months.

“We know that language skills in infancy predict subsequent stages in language development,” said Naja Ferjan Ramírez, the study’s lead author, in the press release. “So enhancements in language behaviors in infancy could have cascading effects on speech development over time.”