Larry David and the Game Theory of Anonymous Donations 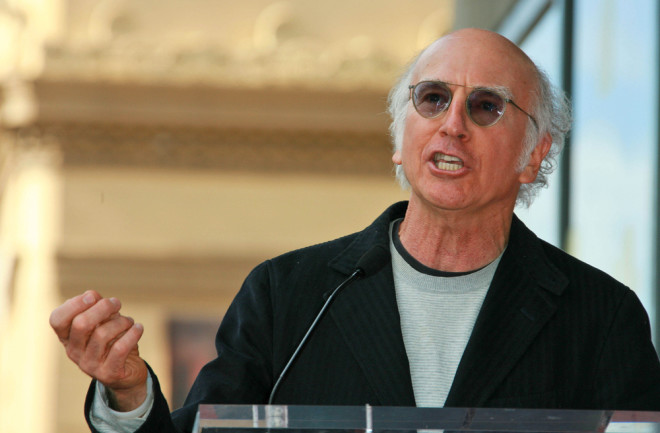 (Credit: s_bukley/Shutterstock) In a Curb Your Enthusiasm episode from 2007, Larry David and his wife Cheryl and their friends attend a ceremony to celebrate his public donation to the National Resources Defense Council, a non-profit environmental advocacy group. Little does he know that the actor Ted Danson, his arch-frenemy, also donated money, but anonymously. “Now it looks like I just did mine for the credit as opposed to Mr. Wonderful Anonymous,” David tells Cheryl. David feels upstaged, as if his public donation has been transformed from a generous gesture to an egotistical one. Cheryl says, about Danson, “Isn’t that great? He donated the whole wing. Didn’t want anybody to know.” “I didn’t need the world to know either!” David says. “Nobody told me I could be ‘anonymous’ and tell people!” He would have done it Danson’s way, he says, but, realizing the contradiction, he fumes, “You can’t have it halfway! You’re either anonymous, or you’re not.” What Danson did, David concludes, is “fake philanthropy and faux anonymity!” I thought of this scene this week, after reading a new study in Nature Human Behavior. “People sometimes make their admirable deeds and accomplishments hard to spot, such as by giving anonymously or avoiding bragging,” write the authors — Moshe Hoffman, Christian Hilbe, and Martin A. Nowak, evolutionary biologists from Harvard University and the Institute of Science and Technology Austria. But if “we give to gain reputational benefits, why would we ever wish to hide the fact that we gave?” The answer to this question may seem less mysterious for anyone who’s seen that Curb episode, “The Anonymous Donor.” We “hide” the fact that we gave precisely for the reputational benefits. For example, at the ceremony, when Danson pops over to David, who’s chatting with then-California Senator Barbara Boxer, she calls Danson a “hero” and stands in awe of the altruism of his “anonymous” donation. Danson playfully shushes her — he’s meant to have only told one or two people but everyone seems to know. David can’t believe it, and later resolves to always donate anonymously for the sake of his reputation. The episode hits on exactly what Hoffman, Hilbe, and Nowak describe in their paper. “Donations are never fully anonymous,” they write. “These donations are often revealed to the recipient, the inner circle of friends or fellow do-gooders,” and these “few privy observers, in turn, do not only learn that the donor is generous” but are “also likely to infer that the generosity was not motivated by immediate fame or the desire for recognition from the masses…” — exactly what everyone seemed to figure was true of David, to his chagrin. What’s intriguing about anonymous giving, and other behaviors apparently designed to obscure good traits and acts, like modesty, is that it’s “hard to reconcile with standard evolutionary accounts of pro-social behavior,” the researchers write. Donations fall under a form of cooperation called “indirect reciprocity.” “Direct reciprocity is like a barter economy based on the immediate exchange of goods, while indirect reciprocity resembles the invention of money,” Nowak wrote in his highly cited 2006 paper “Five Rules for the Evolution of Cooperation.” “The money that fuels the engines of indirect reciprocity is reputation.” Donation evolved, in other words, because it granted a good reputation, which helped humans in securing mates and cementing alliances. But if that’s true, how did the practice of anonymous giving arise? The title of the new paper suggests a solution: “The signal-burying game can explain why we obscure positive traits and good deeds.” The signal-burying game is one of the latest examples of scientists gaining insight into human behavior from game theoretic models and signalling theory. These games, the authors write, make sense of “seemingly counterintuitive behaviors by carefully analyzing which information these behaviors convey in a given context.” Geoffrey Miller, an evolutionary psychologist at the University of New Mexico, said recently on Sam Harris’ podcast, “Waking Up,” “Signalling theory is probably the part of game theory I use most often. The idea there is: How do you credibly demonstrate what kind of organism you are through the signals you give out? And what makes those signals honest, and hard to fake, rather than easily faked, like cheap talk?”

(Credit: pinkomelet/Shutterstock) In the signal-burying game, a sender and a receiver pair up randomly, and are rewarded for the kind of match that is made. There are three types of senders (or donors) — low, medium, and high — and two types of receivers — weakly selecting and strongly selecting, or weak and strong for short. A strong receiver corresponds to one of the donor’s close friends or a fellow altruist, and a weak receiver to a member of the general public. The best payoff results from a strong receiver partnering with a high sender, while the worst payoff results from a weak receiver partnering with a high sender. However, the players know their own type but not each other’s. So the sender aims for an optimum pairing by choosing the kind of signal to send, and the receiver chooses whether to partner with the sender based on the signal. The sender can choose to reveal their type by the costliness of their signal (the donation amount) and how it’s sent (buried or clear, anonymous or public), or whether they send one at all (for simplicity, the authors assume low senders can’t signal, because the cost is prohibitive). Clear signals are always spotted by strong and weak receivers. Buried signals are more likely to be revealed by receivers, and tagged as buried, if they’re sent by a high sender. The end game is for the players to partner up for “some economic interaction,” the authors write. The payoffs for each player in that interaction depend on the sender-receiver types paired (high sender, strong receiver, for example), not the signals sent and received. Senders always want to partner up, no matter the receiver, since the payoff is always positive, but “strong receivers get a positive payoff only from interacting with high senders, and weak receivers get a positive payoff only from interacting with high or medium senders.” In their paper, Hoffman, Hilbe, and Nowak show the conditions under which signal-burying can be maintained. “First, high senders need to prefer sending a buried signal to a clear signal,” they write. “In equilibrium, burying allows high senders to gain access to some strong receivers (who would have rejected the clear signal but accept buried signals when they are revealed). However, burying also causes high senders to lose some weak receivers (who would have accepted the clear signal, but now may fail to notice the buried signal).” Second, medium senders need to prefer signalling clearly over burying. Third, medium and high senders need to be willing to pay the signalling cost. David is a medium sender. He tries to signal his wealth, generosity, and public concern by publicly incurring a substantial cost via donation to an important cause, like protecting the environment. In their paper, the authors suggest that burying this signal — anonymizing the donation — is another way to signal the same thing, but in a way that’s harder to fake, or more difficult for receivers to find dishonest. Their explanation of why someone like Danson would obscure his good deed “is based on the intuition that making a positive signal harder to spot can serve as a signal in itself,” they write. By burying it, Danson may be showing that he doesn’t care about wide public recognition, even if it would come off as impressive; or, “alternatively, burying may also signal confidence that receivers are liable to find out anyway.” Part of what’s so amusing about the “The Anonymous Donor” is that, to David, Danson’s anonymity seems calculated despite his profession of noble intent. “I kept my name off because it’s the exhibit, it’s the issue, that needs to stand forward, not me,” he tells Senator Boxer. Perhaps it’d be cynical to assume that anonymous donors are all as covertly egotistical as Danson seems. Last year, 17 donations in the United States of more than $10 million were given anonymously. But these signal buriers aren’t necessarily being shrewd about their reputation, the authors write. Self-effacing strategies are not necessarily consciously chosen, and can become natural and stable in a population if they prove adaptive, “as is arguably the case for our ideologies, tastes and emotions, including our artistic sense or moral intuitions related to anonymous giving.”

[This article was originally published by Nautilus on June 8.]