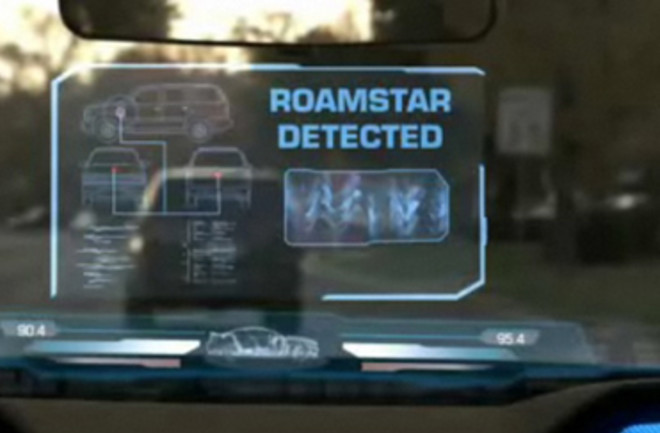 Ever since Knight Rider had it's reboot a couple of weeks ago, we've been watching KITT grow into himself as an independent entity. This week he chafed at taking orders from Michael Knight, and the pair had two pretty hilarious spats. But late in the episode, KITT showed off his new autonomy by disobeying orders and taking control of another vehicle. In this instance, Michael had been arrested by a Drug Enforcement Agency agent, and was on his way to jail. KITT hacked into the agent's car's "RoamStar" satellite system to take over the controls of the car and drive it in such a way that Michael was able to escape. Naturally, these systems don't really work like this. The system installed with OnStar, the real world version of "RoamStar", can unlock a vehicle remotely, provide route information, and alert an operator in the event of a crash, but they can't drive the car for you. Not to say such a thing is impossible. In 2007 the BBC show Top Gear fitted out not one but three full-sized sedans with remote controls for what has to be the most bizarre auto races ever driven, right down to the "Swinging Ball of Death". In March of last year, James Brighton from Cranfield University in the UK rigged a Hummer H3 to run via remote as well, and of course, Mythbusters hack together remote controlled cars for their experiments every other week. While the level of sophistication for all of these engineers varies,the principle is still the same. The remote only has to replace the driver's physical manipulation of the car, which is to say, the steering wheel, brakes, and gas pedal. In this 2003 video, a group of guys with apparently too much time on their hands show how they install the mechanism for managing the gas intake from the engine, bypassing the pedals entirely. The Top Gear episode seemed to require a lot of electronics and controllers that took up most of the front seat, forcing the hosts of the show to sit in the rear. The Hummer, easily the most sophisticated of all of them, concealed all of the controlling mechanisms, providing the most KITT-like look, where a driver could sit in the front seat of the car and actually appear to be driving, or sleeping, or anything else, while the remote controller stands atop a high cliff and enjoys what has to be one of the most entertaining toys ever.